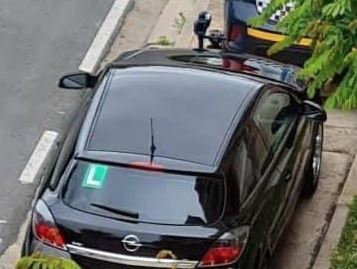 Sneaky Speed Cameras Spotted in Spain’s Malaga.
Most people know by now that speed limits in Spain have recently changed, but what appears to be sneaky speed cameras have been spotted in Spain’s Malaga.
The new speed limits in Spain came into force early in May and saw staggering amount of Spanish roads hit with a maximum speed limit of 30 km/h.
Whether these new speed limits are considered to be safer or not is a matter of heated discussion as many people are finding that they spend more time watching their Speedo than they do watching the road.
The new speed limits came into force late last year but the General Directorate of Traffic (DGT) gave towns in Spain six months in order to bring in the necessary measures.
What appears to be sneaky speed cameras have now been spotted in Spain’s Malaga though. The photo shows a dark coloured car with a learner plate in the window, and what appears to be a speed camera at the front of the car.
Be sure to stay safe and remember the new speed limits throughout Spain.
In other Spanish driver news, mobile phone driving laws are set to change, as the DGT gets set to make it possible to fine people for carrying their mobile phone incorrectly in the car.
The Directorate General of Traffic, DGT are getting set to update the rules on why people can be fined when driving. One of the new rules will probably include being able to be fined when you are carrying a mobile phone incorrectly, even if you do not use it.
Everybody including the DGT knows that using smart phones in the car has sadly become an everyday event. This is the reason behind why they are looking at modifying the current law to be able to impose fines for placing a mobile phone incorrectly in the car.
At the moment a traffic officer can stop you and issue a fine if they see a mobile phone being used by the driver. This can even happen when the driver is using a mobile phone at a traffic light too.