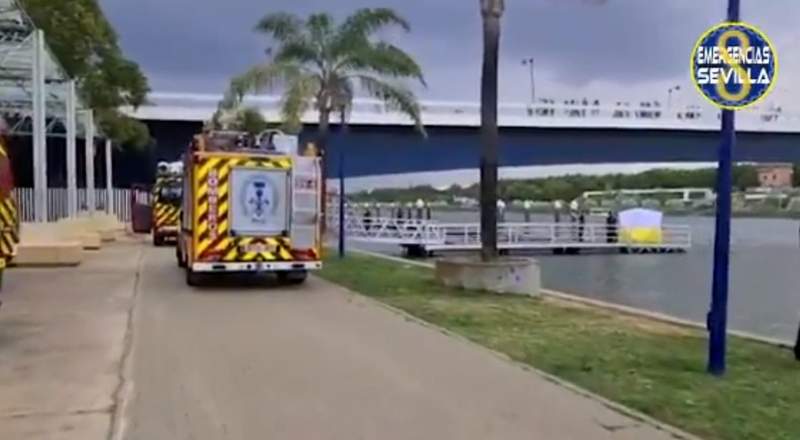 Seville firefighters confirmed on their Seville Emergency Twitter account that at 6pm on Saturday afternoon (June 5), they pulled the lifeless body of a 40-year-old man who had thrown himself into the Guadalquivir river at around 5pm, after jumping from the Cartuja footbridge.

A special operation had to be put into effect by the Sevilla firefighters as the man’s body had sunk in the waters of the Guadalquivir basin, and they used assistance from officers of Sevilla’s Local and National Police forces.

It is not yet known what made the man decide to jump from the bridge into the Guadalquivir, but the Seville Emergencies account indicates that the rescue operation was started at 5:20pm after they had been alerted to the body in the waters, while at 6:05 p.m, his lifeless body was located and rescued by the firefighters, in collaboration with officers from the two police forces.

The last person to drown in the Guadalquivir was back in February when a homeless woman who spends the night under the bottom of the bridge reported seeing a Moroccan man who also sleeps in that same area fall into the river by accident.

National Police officers were given conflicting stories from the other homeless people at the time, some of whom assured them that no one had suffered an accident, with police sources adding that some of them had symptoms of drunkenness, so the versions were taken with some caution, as reported by sevilla.abc.es.