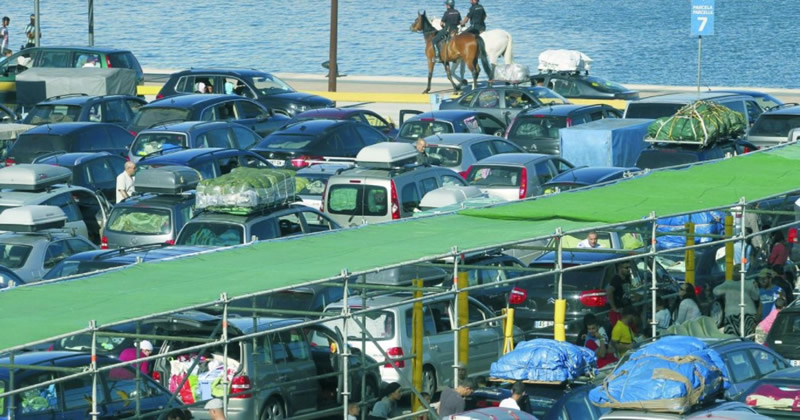 The Moroccan government issued a statement on Sunday afternoon (June 6), stating that Spanish ports will be excluded from the sea crossings this Summer that always take place annually for Moroccan emigrants to cross over the Strait, in what is popularly known as Operation Crossing the Strait (OPE), known in Morocco as Operation Marhaba.

The statement said that the crossings will be made exclusively “from the same transit ports as last year”, meaning it will be with ships sailing across to Morocco from Marseille and Sète, in France, plus Genoa in Italy.

According to Efe, sources inside the sector informed them that there will be the requirement of a PCR test before boarding the ships, and then another test will be carried out once on board, which suggests some kind of infrastructure will be in place on board each ship, most likely rapid tests,as reported by andaluciainformation.es.

There was no mention in the statement to give details whether these restrictions would last all Summer, or if they might be lifted after the Fiesta del Ram scheduled for the end of July, but the news is definitely a huge blow for the emigrants – known in Morocco as MRE or ‘Moroccans living abroad’ – who normally cross Spain every Summer heading to the ports of southern Spain.

Algeciras, Almeria, and Tarifa ports are usually inundated with Moroccans making the crossing to north Africa, and means a big loss in revenue for the operators in those ports, but the source told Efe that the decision had been made based on health considerations when excluding the Spanish ports, and the idea is to greatly reduce the numbers who will make the crossing.

Sunday’s restrictions stated that the ships will only be allowed to transport a total of 250,000 passengers, which is just one-tenth of the usual number, as in any normal Summer, several million Moroccans regularly make the crossing either from ports, or airports, but the statement said that once flights open again from June 15, only a maximum of one million people will be allowed to enter to Morocco.