Next round of excavation and identification of Civil War bodies 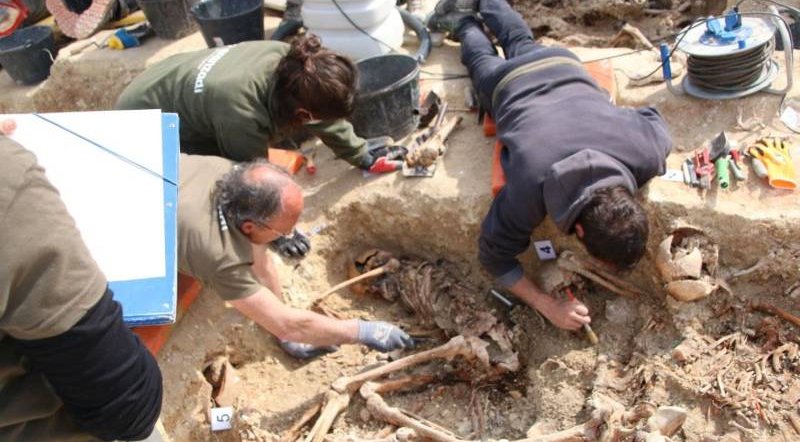 THE Balearic Government is tendering for the next round of excavation and identification of Civil War bodies mainly in Mallorca.
The contract will be divided into three lots:
The first batch focuses on excavating, exhuming and identifying the bodies found in the Civil War graves located in:

These seven sites have been assessed by specialists who have used the information available on the pit map of the Balearic Islands. In addition, fieldwork was carried out with a visit to the spaces to be worked on and new archival documentation was consulted.
The second batch, it is focused on the historical study of:

Finally, the third lot is based on the review of all the actions of restoration, consolidation and conservation of the materials or objects found in the process of excavation and documentation of the graves exhumed in the previous exhumation plans of 2016, 2018 and 2019.
The General Directorate of Democratic Memory emphasizes that it is essential that the organisation and the human team that develops the actions in order to locate, recover and identify the bodies of missing persons, do so assuming the spirit and values ​​contemplated by the specific legislation in force.
Interventions of this nature imply the fact that work will be done on a topic that has a lot to do with Human Rights and this requires that the team have a special sensitivity throughout the process for which it will be contracted.
The Plan acts for the first time in municipalities such as Inca, Selva, Mancor de la Vall and Santanyí, while it is committed to continuing to exhume such significant places of repression as Son Coletes, in Manacor, and for the study of a third phase in the Porreres cemetery, where 114 bodies of murdered victims have already been located, but it is possible that in other parts of the cemetery they can still find more remains of victims who have not been located.
Also noteworthy is the number of studies that will be carried out, a step prior to future interventions: five studies in total, including the analysis of a possible action in the street of San Silvestre in the municipal cemetery of Palma by check the existence or not, according to information from the Associació Memòria de Mallorca, of the remains of forty or fifty people who would not have been removed to the cemetery ossuary.
The Government’s priority when designing exhumation plans continues to be the location of graves where victims from the Balearic Islands are buried.
Since 2014, 17 pits have been excavated in the Balearic Islands and as a result of these interventions, the remains of a minimum of 161 bodies have been recovered and 31 victims of Franco’s repression have been identified of which 25 of these identified victims have already been returned to their families.
Thank you for reading ‘Next round of excavation and identification of Civil War bodies.’