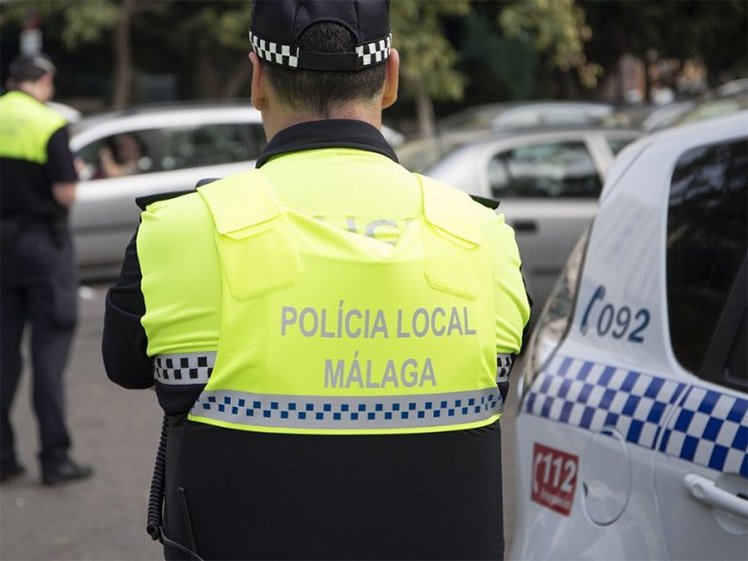 A customer of Malaga centre bar attacked with brass knuckles. The customer was having a drink on the terrace of a bar in the Center of Malaga was approached by a man who shouted insults and threats at him. The victim, a 25-year-old Egyptian whom he did not know, asked him to leave. But the alleged perpetrator began to hit the table strongly with a knife until he allegedly ended up trying to hit the young man with a boxing wrench or American fist, which had an 8-centimetre knife blade. The client was able to dodge the attack, according to police sources.
As reported by Malaga Hoy, the events occurred on Tuesday, June 15, in a bar on Calle Méndez Núñez, near Plaza Uncibay. It was 19:15 when a call was made to the Malaga Local Police to warn that a brawl was taking place with a knife at the door of a bar. The officers who attended found a man in an aggressive state and with a nervous attitude and immobilized him against the wall.
The police officers then interviewed the victim and also with the witnesses who agreed with the version that he provided. A 32-year-old man had pounced on a young foreigner who could only understand some insults in Arabic. The blows that the perpetrator gave on the table caused the drink that the victim was drinking to end up on the floor. Fearing that he would hit him, the victim got up from the table. But the alleged perpetrator then wielded brass knuckles with which he tried to attack him on the upper part of the torso. The young Egyptian managed to avoid it and was unharmed.
A witness who had seen the events came to his aid and, between them, they handled the aggressor, who, allegedly, tried to attack the victim again. Although the assailant put up great resistance, his brass knuckles could be snatched from him. The man who had assisted the young man had small cuts on his forearms that he would have suffered while disarming the individual.
The police officers arrested the aggressor for an alleged crime of attempted murder and transferred him to a health centre, from where he was transferred to a hospital. Due to their state of agitation, the officers had to be supported by security guards. The arrested man, in police custody, was admitted to the ICU.