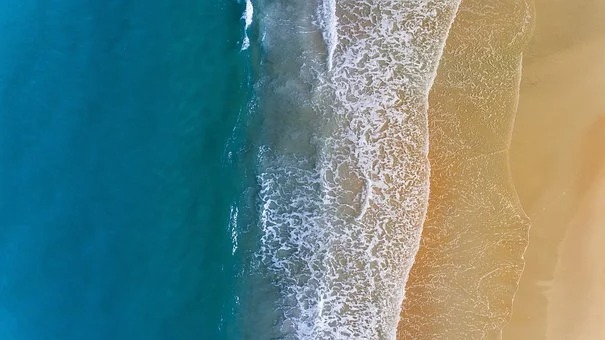 HOLIDAYMAKERS may be in for a surprise when they return to Spain as a thick, brown algae arrives on the crystal blue seas of the most popular resorts.

Tonnes of Rugulopterix Okamura has taken over the beaches in the south of Spain, specifically near Malaga, Granada, Cadiz and Tarifa, threatening tourism, the local fishing industry and marine biodiversity.
The same brown sludge has also appeared on the coasts of north Morocco, Ceuta and Melilla.
The sludge has the same texture as seaweed and does not cause any irritation to the skin. It also does not cause any health problems if touched or when swimming in, the only issue is it is not pleasing to the eye!

“This is a big problem for tourism as it leaves a nasty brown stain on the beach and does not look good,” Francisco Ruíz Giraldez, the mayor of Tarifa, told i.
“It is an environmental nightmare because it invades the habitat of local vegetation and kills it off. It causes a problem for the fishermen because it gets caught up in their nets and they cannot catch anything.”
Giraldez, who is also a biologist, said that last year officials cleared 5,000 tonnes of the sludge from the beaches of Tarifa alone.
“It is aggressively taking over the entire seafloor of the Straits of Gibraltar because the algae takes up 50 per cent of the space between five and 25 metres in depth.”
He explained: “It’s like Groundhog Day. You take the (algae) away one day and the next day it’s back again.”
Clean-up operations have also been taking place along the coast of the Costa del Sol and other parts of the south of Spain, where 2,800 tonnes of the algae was removed over the course of six weeks last year from the beaches of Estepona, a popular resort on the Costa del Sol.
According to scientists, the algae naturally exists in the Pacific Ocean, however, it has been transported by water tankers that travelled through the Mediterranean.
A professor of ecology at the University of Malaga, Felix López, said that similar invasions of algae occurred in Mexico and China and although they were greater than the ones being experienced on the Costa del Sol, they did not spread as rapidly.