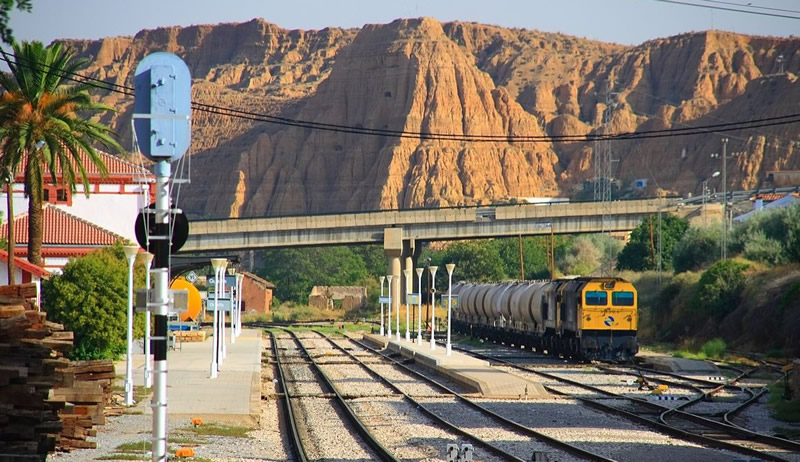 Decades of pressure, and constant requests for the railway line that runs between the Granada regions of Guadix and Baza into Murcia to be reopened, has finally received a response, as the Government announced this Tuesday 29 that it will begin the procedures for an informative study that will bring the old “Almanzora line” connection between Andalucia and Murcia back to life, after 35 years.
A budget of €1.6 million will be endowed to serve to assess and delimit the characteristics of the route of a line that would depart from the aforementioned towns of Guadix and Baza, with one more stop in the Almeria municipality of Almanzora to arrive finally in Lorca.
The Guadix-Baza train line, known as the “Almanzora line” was closed by Felipe González in 1984, and now lies completely deteriorated, so an exhaustive study will be needed to determine how to recover it to its former state.
The Ministry of Transport, through its secretary of state, has already opened the file for this project, indicating that the tender will go out to tender “in the coming weeks”,
However, the debt that is incurred with the beginning of these procedures is as yet still a hope, although Antonio Francisco Martínez, the spokesman for the Association of Friends of the Comarca de Baza Railway, is visibly “happy” that the process has finally begun after years of promises, asking for “prudence” despite being a historic and well-deserved achievement, after years of vindication.
“I remember every time they told us that we were crazy for asking for the train to come back. Sometimes we were four cats. I hope they do not disappoint us”, says Martínez, who in turn celebrates that this process does not start in an electoral campaign, which, he remarks, “gives more guarantees that it will continue”.
The relevance or not, even so, is easy to deduce, by looking at the economic and demographic evolution of this area of ​​southeastern Spain since the closure of the railway line in the 1980s. Then, economic reasons were adduced, which finally led to other more serious ones, such as the depopulation and depression of the entire economy of what is now known as “Empty Granada”.
Martínez points out that the commissioning of the line has a subsequent objective, its incorporation into the High-Speed project of the Mediterranean Corridor, which could mean the revitalisation of the area with an AVE, adding that he believes the high budget of the tender for the informative study guarantees, at least on paper, “that things will be done well”.
In 2018, when the previous PP Government, budgeted for this same procedure, the amount was €500,000, less than half, something that always caused some fear among the train campaigners, because it was considered “sparse”.
This is a very first step in a process that will take a long time to complete, and it will probably take at least a decade before the train is seen again in this area of ​​the province, although after years of waiting, “If they tell us that we are reaching the year 2030 and we have a train, where do we have to sign?” said Martínez, as reported by sevilla.abc.es.