Sanchez says there will never be a Catalan independence referendum 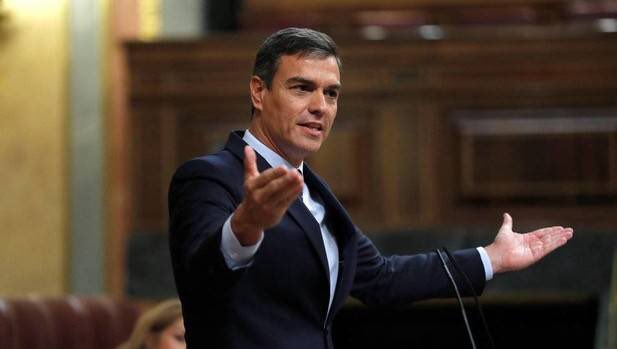 Prime Minister Pedro Sanchez has warned there will never be a Catalan independence referendum but a separatist leader shot back “give us time.”

Speaking in parliament after his meeting with the President of Catalonia, Pere Aragones, Sanchez said, “There will be no referendum, unless those who defend it manage to convince three-fifths of this House to modify Article 2 of the Constitution and then those changes are ratified. But I already anticipate that the PSOE will never accept it.”

However, the spokesman for Esquerra Republicana de Catalunya, a left-wing pro-independence party, Gabriel Rufian, quickly shot back at the PM, “Mr Sanchez, you say that there will be no referendum. You also said that there would be no pardons. Give us time.”

It was a clear dig at Sanchez who has been criticised by opposition parties for saying prior to his election that he would not grant pardons.

In an interview with La Sexta, Aragones said that he and Sanchez are yet to find a middle ground.

“The positions are very far apart. We defend independence and the government defends the unity of Spain,” he said.

Sanchez and Aragones met in Madrid on June 29 in their first official meeting since the pardon of nine Catalan separatist leaders who were jailed in 2019 for their roles in a failed independence referendum in 2017.

Aragones has pledged to call for a new independence referendum. He said the pardons are “an acknowledgment that the sentences were unfair” but added that it is now time for “amnesty and the right for self-determination.”

The government billed the meeting as an opportunity to resume dialogue between Madrid and Barcelona.

At his inauguration on May 23, Aragones promised to make “self-determination inevitable.”

Aragones, 38, won 74 votes in the 135-seat regional assembly. His Esquerra party and the centre-right Junts agreed to maintain their coalition after months of political deadlock following inconclusive vote in regional elections held in February 2021.