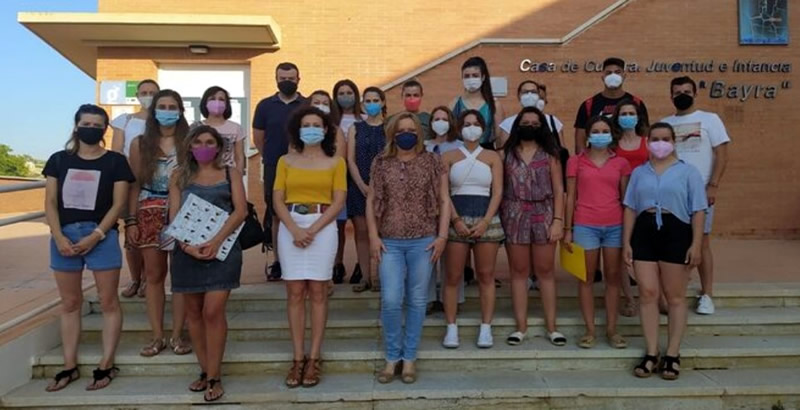 VERA in Almeria launches its Summer playroom for children to be held at the ‘Bayra’ House of Culture, Youth, and Children during July and August

The Department of Education of the Almeria municipality of Vera has launched its summer playroom that will be held at the ‘Bayra’ House of Culture, Youth and Children Bayra during the months of July and August.

Carolina Pérez, the Vera Councillor for Education explained that this service is aimed at children aged between three and eleven, and will give priority to families where both parents work, “as we want families to be able to reconcile their work activities and combine them with the care and education of their children during the holidays”.
Pre-school and primary education students will have a morning classroom and an extension of hours until 3pm, which means an extension to the usual schedule of 9am to 2pm

The range of activities covered will be adapted to both Early Childhood Education and Primary Education, to include workshops – some of them bilingual – on computer science, healthy habits, art, dance, sports, science, English, storytelling, recycling, and many games, in addition to visits to different parts of the municipality, such as the beaches and the local water park.

Throughout the summer, the little ones will enjoy thematic weeks, so that the children continue to maintain the illusion throughout the course.

The Summer toy library will have 17 monitors hired through a specific work agency, among which will be personnel trained to take care of children with special educational needs, with the aim of making the municipal toy library an inclusive and tolerant place for children of diversity.

During the month of August, the Young Summer program has been planned to include a week of special programming with recreational and training activities for young people from ESO up to 18 years of age.

After the health crisis, the Department of Education has established all the efforts and safety protocols so that children enjoy a safe summer, with Ms Perez assuring, “we will give continuity to the groups throughout the summer so that they are stable both in a fortnight and in a full month, establishing bubble groups with both the children and the monitors”.

She continued, “we will stagger the outdoor excursions, establishing the departures in minibuses to maintain the bubble groups at all times, while for the little ones, we have set up shaded pergolas on the building’s terraces so that they can carry out specific activities outside, sheltered from the heat and the sun”, as reported by diariodealmeria.es.