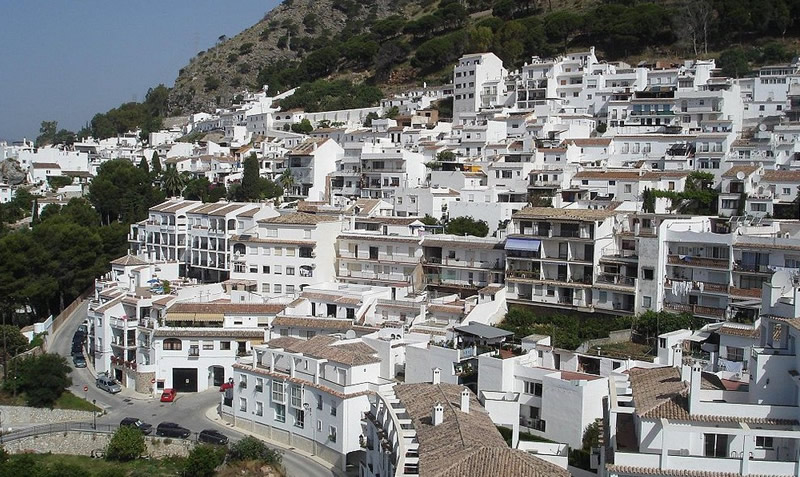 MIJAS PUEBLO unveiled its newly constructed water reservoir this Friday 10, with a storage capacity of 10,000 cubic metres of water

Josele Gonzalez, the mayor of Mijas, announced on Friday 10, the completion of the €1.3 million construction project to build the new Mijas Pueblo water reservoir, located in the Port Quarry, which will provide the municipality with a storage capacity of 10,000 cubic metres, built with the aim of alleviating future water supply problems in the area.

The Municipality of Mijas has been the promoter of these works, in addition to managing, approving, and supervising the works until their completion, while the public water company Acosol has carried out the drafting, bidding, and commissioning of the project.

Mr Gonzalez announced, “Today we put into service one of the most important deposits that have been built in Mijas in recent years, a totally fundamental infrastructure for the population viability of Mijas Pueblo, and the urbanisations that surround this urban nucleus”, explaining the design of the structure, that it is divided into two separate storage units, each one measuring 49.00m x 20.50m.
The mayor pointed out that as of Friday, the town had a deposit in operation, located in El Cerrajon, of “3,500 cubic metres of water that barely reached 3,000 metres, due to its age, and that now thanks to the commissioning from this we have guaranteed the water supply for all this area”, adding that the water pressure will be greater in all homes as a result.
José Carlos Martín, the councillor for Infrastructures, highlighted the ‘before and after’ that this work in Mijas Pueblo represents, “With the capacity that this infrastructure houses, we are going to alleviate the supply problems of the neighbours, which will be totally eradicated once we finish other hydraulic initiatives that we are also carrying out from the council, which will add to the quality of the service”, as reported by malagahoy.es.