The Malaga taxi sector plans to call a demonstration protest 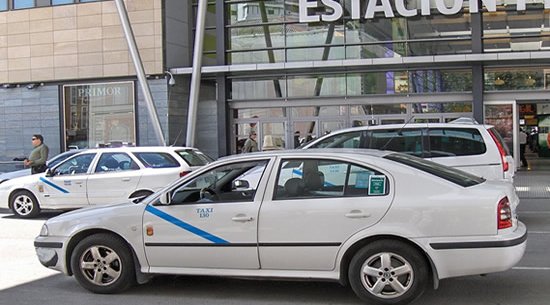 THE Malaga taxi sector plans to call a protest. The conflict between VTC and taxis has not been resolved with Uber’s proposal to unify both sectors in its application. To the discontent that this initiative generated among the taxi associations in Malaga is added the proposal of Amat, the Malaguena Association of Taxi Autonomous, to call a demonstration that unifies the taxi sector in order to ‘agitate’ the administration to find a solution to the problems. This association has reached out to the other organizations in the taxi sector in Malaga to call a demonstration that Aumat, the majority taxi association in Malaga, has joined.
Miguel Martín, president of Amat, has maintained contact with Aumat to convene a demonstration in light of the discomfort caused by “the lack of regulation of VTCs” and plans to do so with all taxi associations in Malaga as well. The president of Amat has declared that “in the summer there are many VTC present in the city and there is no control by the City Council or the Junta de Andalucia”, as reported by La Opinion de Malaga.
The president of Amat has expressed his anger: “The VTCs cannot be in crowded areas and they are doing it, they are working with impunity, they are VTCs and they are working as taxis” claiming that “the taxi sector has many problems and no solution”. From the association, they see the call for a demonstration as a way for “the city council to take action on the matter and regulate the VTC” so the president will maintain contact with the rest of the organizations throughout the day.
“What cannot be is that these vehicles are working with impunity and take our money, they are stealing from us while breaking the law,” said Miguel Martín. If they get the support of all the associations, as he has already done with Aumat, the president has specified that “the way of demonstrating would be specified under the prior agreement, perhaps through a march or parking at the door of the Malaga City Council, that it will be decided”.