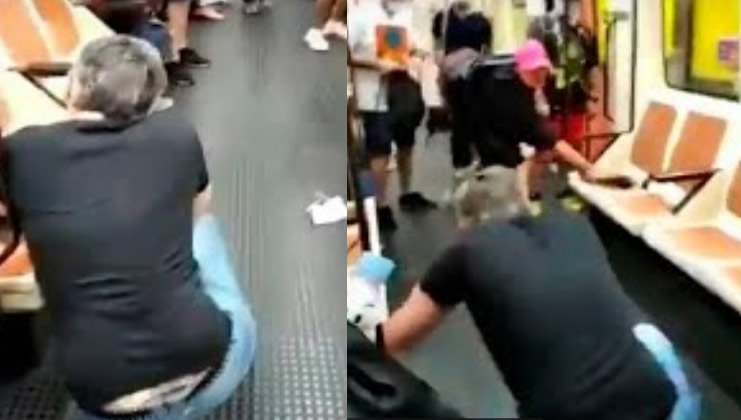 National Police investigators in Madrid have identified the young man accused of brutally assaulting another passenger in a wagon on Line 1 of the Madrid Metro last Thursday night (July 15) for asking him to put on a face mask.

It has since been reported that the man, who is a health worker, has lost part of his vision in one eye after the assault, after the young man allegedly used a knuckle duster as he punched him in the face.

In the video footage that had been uploaded to social networks, you can see how there is an argument between the two persons, and then suddenly the young man wearing a pink cap and a backpack punches the other man, in a black T-shirt, in the face, who immediately drops to the floor of the train carriage after the blow.

He was transferred to the 12 de Octubre University Hospital to be treated, but his prognosis was not favorable, and everything indicates that it will be difficult for him to regain vision in the affected eye.

It is alleged that an individual has gone voluntarily to the police this morning to provide investigators with information on the suspect after they recognised him from the video posted on social media, but of course, now it remains to be seen if the accused individual and the perpetrator of the aggression are the exact same person, with officers expected to locate and arrest him this afternoon, Monday 19.

In the meantime, it is reported that police analysts have already scoured suburban security camera footage and located images of a person described as being a thin man, aged between 25 and 30 years old, around 1.60 metres tall, who speaks Spanish with a foreign accent.

At the time of the attack, he was seen to be wearing two bracelets on his wrist, he wore dark colors, a pink cap, and a gray backpack, and he also spoke Spanish as he got off the train at the Alto del Arenal Metro station, in the Vallecas neighborhood, as reported by 20minutos.es.