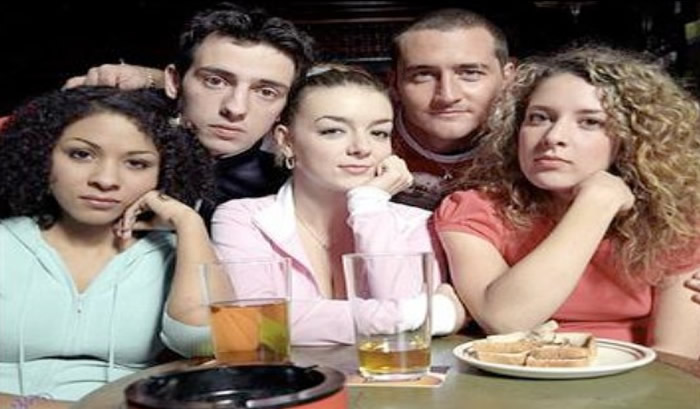 According to The Sun’s excellent showbiz columnist, Rod McPhee, the brilliant sitcom series that ran for ten years on the BBC, ‘Two Pints Of Lager And A Packet Of Crisps’, is due to return, after eleven years off our screens, as confirmed by the show’s creator, Susan Nickson, who claims the BBC has given the green light for a new series.

Not only will there be a newly revamped series, but original stars Will Mellor and Ralf Little will be on board as well, and Susan told The Sun she is just waiting for the BBC to sort it out, which might take a while from the way she explained it, “We’re talking to the BBC, but it’s a corporation and they move very slowly. So me, Will, and Ralf are going, ‘Yeah, we’ll do it”.

Susan said she had already figured out what to do with the two central male characters – Gaz Wilkinson, played by Will, and Jonny Keogh played by Ralf – after a ten-year hiatus, as Susan explained, “I would like to pick up the story with two ageing working-class geezers in a pub combating the terrible things that we say about men at the moment. Some men might not understand that the bad guys exist”.

Susan continued, “I want to see the comforting story of people like Gaz and Jonny, who live in a world where bad guys don’t exist. I want them to acknowledge the bad guys are out there though, but I don’t want Gaz and Jonny to be them”.

Speaking on the Drama School Dropout podcast, Susan added that she had no idea if Sheridan Smith would be reprising her character of Janet Keogh, but had nothing but praise for Will, saying, “Will is the finest comedy actor our country has. He’s one of the best — well, he is the best in my opinion”.