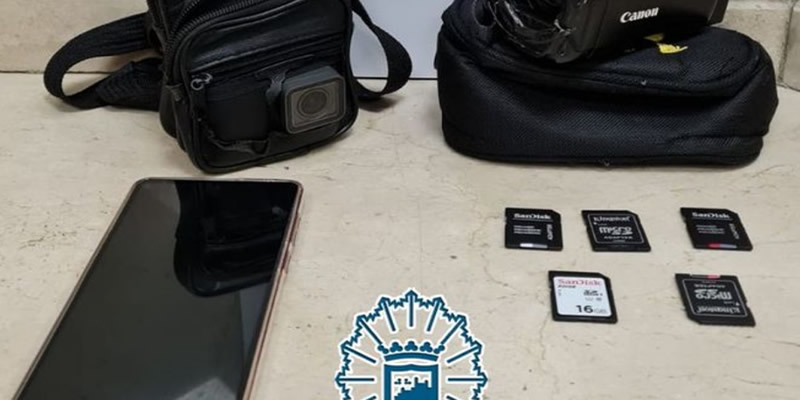 A receptionist at a gynecological clinic in Malaga has been arrested for allegedly accessing intimate images of clients after Local Police officers had initially arrested him as the alleged perpetrator of a crime against privacy and the right to self-image by showing them the material he had on his mobile phone, after an incident on the beach of La Malagueta.

The incident took place on June 26, after the 092 emergency number received a call at 3:47pm from a woman reporting a man who she said was possibly directing a hidden camera towards women, some of them possibly minors, who were sunbathing in bikinis on La Malagueta beach, informing them that she had already been in an argument with the man over his actions.

A couple of plainclothes local police officers eventually located a man almost two hours later on the Matias Prats seafront, fitting the description given them by the woman caller, at which point they decided to carry out surveillance on him, verifying that he entered the areas of grass and palm trees, where he carefully placed his backpack in the direction of a group of women who were sunbathing .
“After a few minutes, he pointed his backpack in the direction of another group of women who were lying in the same area”, said the officers in a statement, at which point, satisfied that the man was clearly trying to record the women, they identified themselves to him as police officers, with the man admitting that he was the one who had the earlier altercation with the woman over his trying to record some women.

A search of his backpack confirmed that he was indeed carrying a video camera, the lens of which was partially covered with black insulating tape to conceal the recordings, and the backpack had a hole drilled in it that fully coincided with the lens of the GoPro-type action camera he had installed, that could make hidden recordings.

The officers also found five memory cards and a mobile phone that, as he voluntarily showed the officers, contained videos of the intimate areas of patients at the gynecological clinic where he worked in Malaga city.

According to the police statement, in some cases, the images were vaginoplasties, “with the aggravating circumstance that they were in the folder corresponding to a well-known instant messaging application, which, in principle, indicated that the said images could have been shared”, as reported by laopiniondemalaga.es.