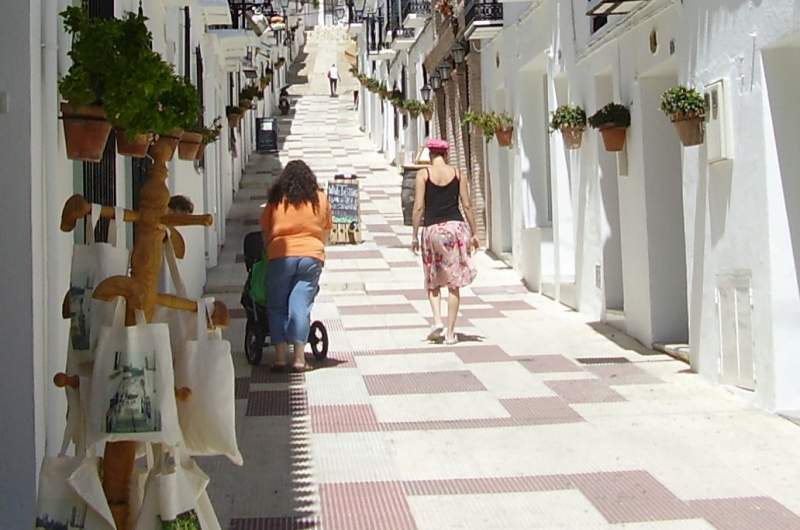 MIJAS has received 68 per cent more tourists than last year.

The council said Mijas has received more tourists this summer.
Councillor Jose Carlos Martin said the tourist office has received 68 per cent more travellers this summer, with hotel occupancy expected to reach 75 per cent.
He said: “We still have a lot of work ahead of us to get to the pre-pandemic numbers, but the data is very significant as they show that our destination is drawing the attention of the nearby travellers, which is who we are currently focusing on.”
He added: “We are fortunate to have a municipality with a wide range of varieties and tourist attractions, so we have been able to adapt to the new tastes of travellers looking for experiences.”
The councillor said the number of British tourists arriving has also increased by four per cent.
He added hotel occupancy was also increasing. He said: “Far from other seasons, in June many of our accommodations have been closed in June and the average for that month with the first half of July amounts to 45 per cent occupancy. The forecasts are more encouraging for the second fortnight as three of our hotels exceed 75 per cent occupancy.”
Councillor Martin said Mijas has also grown by 69 per cent in searches for major accommodation and travel websites.
He added: “We are the Andalucian destination that has increased the most in percentage this year. Mijas generates interest among the public to visit us and that is very good news, we continue working together with our businessmen so that the trend continues to rise and we recover one of our main industries.”
The news comes after British tourists have been making their way to Spain after the government allowed vaccinated travellers to come back from amber list countries without quarantine, with many airlines now offering more flights to passengers to the Costa del Sol.