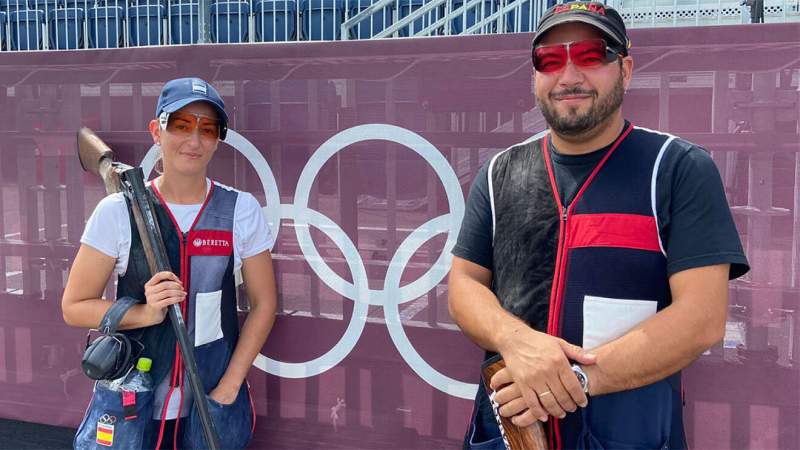 The pair defeated San Marino’s Gian Marco Berti and Alessandra Perilli 41-40 in the gold medal match. San Marino went into its final two shots with a chance to tie and send the match to a shoot-off, but Berti missed his target to give the gold to the Spaniards.

The medal is San Marino’s highest in the Olympics and just its second in 61 years of the competition after Perilli won bronze in women’s individual trap. The gold was the first Olympic medal for Fernandez, a three-time world champion who’s been one of the world’s most decorated shooters.

Brian Burrows and Madelynn Ann Bernau of the United States won the bronze medal match in a shoot-off 3-2 after tying Slovakia Erik Varga and Zuzana Rehak Stefecekova with 42 targets each.

Americans Madelynn Bernau and Brian Burrows won the bronze in a shoot-off victory over women’s trap champion Zuzana Rehak Stefecekova and fellow Slovak Erik Varga after both pairs had shot 42.

Fátima, who studied Nursing, was fifth in London and fourth in Rio, while Alberto Fernández achieved his best individual position last Thursday, in his fourth Olympic participation, with ninth place. This is the first Olympic medal for the two shooters in the Games, achieving it in a new mixed trap event.