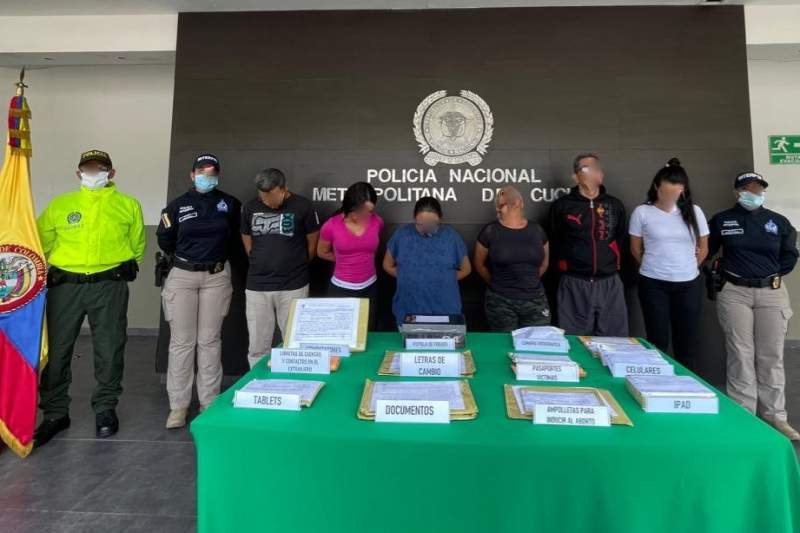 A three-year investigation has concluded with police in Colombia arresting six individuals believed to be behind the trafficking and sexual exploitation of Colombian and Venezuelan women.

The criminal group was first identified in 2018 by Panama’s Human Trafficking and Smuggling of Migrants Division, following the discovery of several victims who had been promised jobs as waitresses, only to have their passports confiscated and be exploited. They were often denied food, slept on the floor and would regularly see their so-called “debts” for “travel and accommodation” increase arbitrarily.

The women, who were taken into protective care, all came from vulnerable backgrounds and had been recruited by a network operating out of Cucuta, one of Colombia’s busiest border cities, located on the Colombian-Venezuelan border.

Fast forward to 2020, when global trafficking and smuggling specialists gathered to debrief the results of Interpol’s Operation Turquesa I. With the right people in the right place, Panama shared intelligence with Colombia, Interpol’s Human Trafficking and Smuggling of Migrants (HTSM) unit, as well as specialized prosecutors from REDTRAM, the Ibero-American network of public prosecutors.

When the suspected head of the criminal network relocated to Colombia, the country’s national police took the investigative lead, focusing on the group’s activities in Cucuta.

Interpol and the UNODC played a critical role in supporting the investigation by facilitating intelligence exchange, coordinating police and judicial actions including victim hearings. The hearings played a major role in securing crucial evidence for the investigation.

Investigations are ongoing and authorities are assessing the total number of victims exploited by this network. Interpol will continue to support the investigation, particularly by enlisting the help of its Financial Crimes unit to identify money flows. UNODC will continue providing support to specialized prosecutors involved in the case trough REDTRAM.