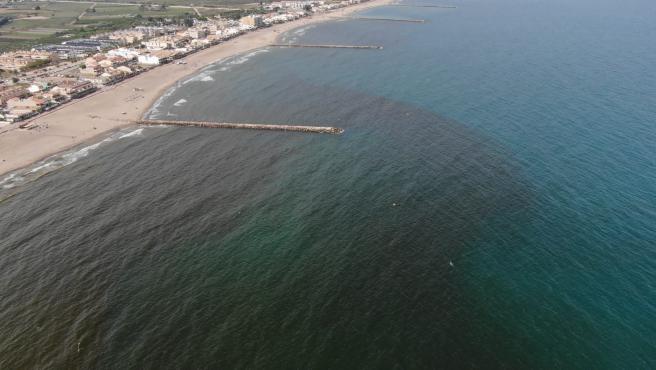 Three beaches in Valencia have been closed due to the presence of a ‘dangerous substance’.

The closure of the beaches was ordered by the Valencian authorities shortly after 1:30 p.m. on Tuesday, August 24. Since then the red flag has flown across all the beaches of these municipalities, according to municipal sources and the Generalitat Emergency Coordination Center reports 20minutos.

The stain is caused by decomposing algae, a phenomenon that occurs when sea temperatures rise and is “a bit dangerous”, especially for sensitive skin, as it generates hives, as coordinator Jaime Laparra explained in a statement from the beach of La Pobla de Farnals,

Laparra also said that at least two people went to the first-aid post on Sunday suffering from itching in their arms and legs.

As a result of the appearance of the stain on the neighbouring beaches of El Puig and Puçol and the possibility that it could spread to local waters, the team of lifeguards and rescue workers from La Pobla de Farnals decided to take out a boat to “examine” the water.

Also, “for prevention”, it was decided to raise the red flag at the same time that users began to be warned with an audible alarm transmitted through the public address system to get out of the water.

Salvamento Marítimo sent a boat to take samples and to study the origin of the spill. The Ministry of Transport, Mobility and Urban Agenda confirmed that it was not a hydrocarbon stain and pointed to an emissary or decomposing algae.