Most recent news in brief from across the island of Mallorca 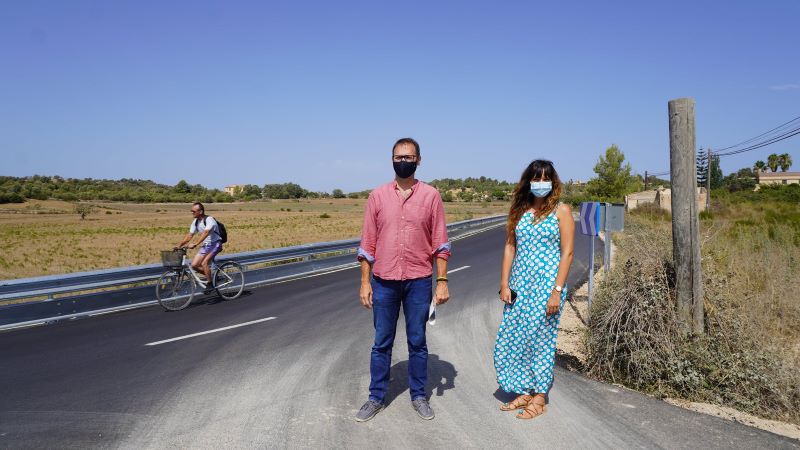 A SELECTION of the most recent news in brief from across the island of Mallorca compiled for you by Euro Weekly News.
Road safety
AFTER years of pleas from local residents, the Manacor Council has taken action to improve the surface of the Son Macià road at four different bends where for various reasons a number of accidents had previously occurred. The work was carried out over a 12 week period at a cost of almost €240,000.
In trouble
FOLLOWING agreement from Calvia Council, officers of the Guardia Civil have taken action against a tourist vessel carrying 162 people which arranged disembarkation of passengers without prior authorisation at the Portals Vells beach which currently has a maximum capacity of just 146 people.
Refuge
THE Consell de Mallorca has told the Balearic Government that if required it would be prepared to offer refuge to 16 women and children from Afghanistan making accommodation in the Institut Mallorquí d’Afers Sociales building available for them
Training room
WITH the opening of the new headquarters of the Urgent Medical Attention Service (SAMU) 061, located in the Can Valero industrial estate in Palma it has been possible to include a training room to be used by front line staff to improve their techniques.
Olympic medalist
HAVING won his fifth Olympic medal at Tokyo, Spanish canoeist Saúl Craviotto spent some time enjoying Mallorca on holiday with his family in Manacor. During his time on the island, he took the opportunity to visit the Rafa Nadal Museum who was himself a two-time Olympic medal winner.
Closing time
A BAR owner in Magaluf was caught by a combined operation between officers from the Local Police and Guardia Civil and has been charged with being open after permitted hours, allowing people to stand together at a bar drinking and for exceeding the allowed capacity.
Winning number
THERE were some happy faces in Sa Pobla as the first prize of the most recent National Lottery draw on Saturday August 21 saw ticket number 72083 worth €600,000 sold by an outlet in the town although the number of winners is not yet known.
Coaxed down
ON August 23 a 34-year-old Moroccan man was spotted by Guardia Civil officers in Inca breaking a restraining order for the third time in as many days. When challenged, the man who was on a balcony on the 5th floor of a building threatened to jump off but was eventually coaxed down.
Power subsidy
DUE to ongoing demand, the budget for subsidies for the installation of solar and powered generators offered to individuals, not for profit organisations and small/medium sized businesses is to be increased by €600,000 according to the Balearic Government and represents 12 per cent of the original budget.
No parking
PORTS IB which is responsible for the rehabilitation of certain buildings in Portocolom (Felanitx) will on Monday August 30 be placing sandstones blocks on their roofs to stop parking as it has been confirmed that some of the structures are unsafe which is why they should not be used for parking, or indeed for pedestrian access.
Thank you for reading ‘Most recent news in brief from across the island of Mallorca’ and remember that all articles produced by Euro Weekly News may be accessed free of charge.