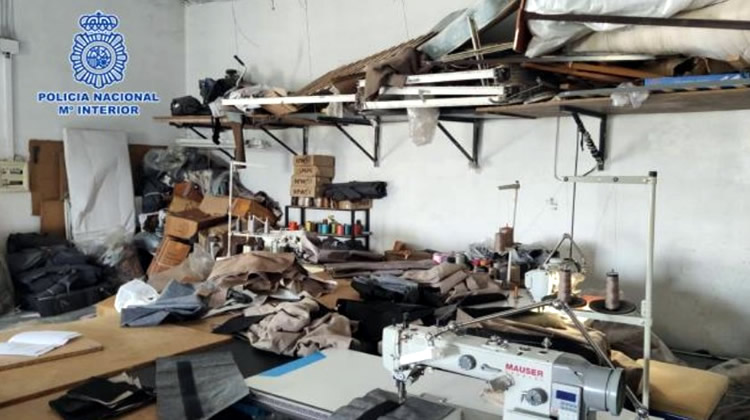 National Police officers in Murcia have located a clandestine sewing and upholstery workshop on a secluded farm in the town of Yecla, and have dismantled the criminal organisation that ran it, which was allegedly dedicated to the labour exploitation of foreign citizens.

According to a statement from the force, during five inspections of the facility they found nine people working in an irregular situation, and as a result, three people of Paraguayan nationality – two men, and one woman – have been detained as alleged perpetrators of crimes against workers’ rights, and encouraging irregular immigration.

The discovery came about purely during routine inspections that are now a part of EU requirements, which consists of the police visiting random companies, workshops, factories, and other work establishments, without prior warning, with the objective of detecting possible irregularities regarding the hiring of its employees, as well as the possible illicit employment of irregular persons carrying out the work.

During the inspection of the farm, officers found a clandestine sewing workshop that did not comply with any of the health and safety, and working condition measures that any workplace must comply with, and at the time of one inspection, they found that six out of the seven workers were in an irregular situation in Spain.

The workplace was full of cloth in bags, the tables were littered with scraps, and ventilation was practically non-existent, as well as having a very precarious electrical installation that generated an obvious danger of fire.

In statements to the Murcia police, the workers explained that the person who had given them work promised that they would only be there working on the farm until they could regularise their situation, but that in the meantime, they could learn the profession, and when the time came they would be hired at the legal firm that he owns instead.

As for the salary they received for the work done, it all depended on the number of pieces made, the hours, or the work that was available at all times, with the salary ranging from €200 to €600 euros, a wage that, “as you can imagine, they accepted due to their irregular status in the national territory, since it is the only way they can obtain compensation for their work”, explained the same source, as reported by 20minutos.es.