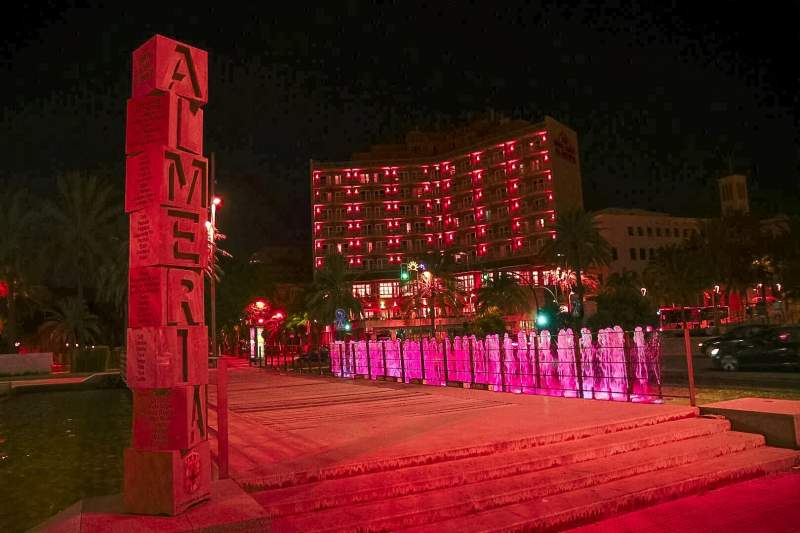 Almeria turns pink in support of rare disease. Almeria supported people and their families who are affected by the rare disease, Turner syndrome.

On Saturday night, August 28, at the request of Andalucia’s Turner Syndrome Association, the city council turned Almeria pink at nightfall. They chose to light up some of the most iconic fountains in the area and also some unique buildings including the Gerencia de Urbanismo. The aim of this was to give visibility to both the sufferers of this rare disease and their families too.

In recognition of World Turner syndrome day, the council dyed both municipal buildings and fountains bright pink. The disease exclusively affects women due to the absence of the X chromosome. The lack of the X chromosome due to disease prevents both physical and emotional development in women who are affected.

Over hundred villages joined in to mark the day and the fountain of Santiago Street, in Nueva Andalucia, was dyed pink, as were many others.

The disease can affect people in many different ways and comes with over one hundred and 20 pathologies. This includes hypoacusis, diabetes, hypothyroidism and numerous bone issues including scoliosis or osteoporosis. It also includes short stature, infertility and various cardiac pathologies including aortic coarctation or aortic dissection.

In other Spanish news, shock as corpse wrapped in a cloth discovered as a Madrid fire is extinguished. National Police are investigating the incident after a body was discovered by emergency services.

The blaze occurred in an open area known as Cerro del Murmul in Madrid’s Villa de Vallecas. As emergency services extinguished the fire, they shockingly discovered a body which was wrapped in cloth. National police are now investigating the incident.

According to police sources the shocking discovery was made on Sunday, August 29 at about 11 AM. It was only after the fire had successfully been put out, that the body was discovered.