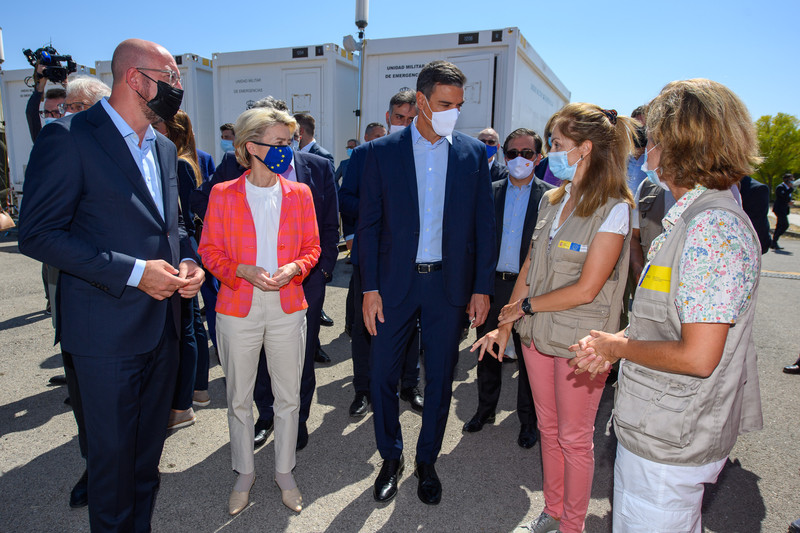 Afghanistan’s neighbours to be given funding by the EU to cope with refugees.

European Union justice and home affairs ministers have made a pledge to support Afghanistan’s neighbours by financially helping them to host people fleeing the new Taliban regime. Ministers hope this will prevent a new wave of migrants from heading to Europe.

In a closing statement following a meeting in Brussels, the ministers said the EU and its 27 nations “stand determined to act jointly to prevent the recurrence of uncontrolled large-scale illegal migration movements faced in the past, by preparing a coordinated and orderly response.”

“The best way to prevent a migratory crisis is to prevent a humanitarian crisis,” European Commissioner for Home Affairs Ylva Johansson said.

The ministers said the EU should boost its support to countries around Afghanistan “to ensure that those in need receive adequate protection, primarily in the region.”

Von der Leyen spoke on Saturday (21 August) in Spain, where she visited a reception centre in Madrid for Afghan employees of the EU who had been evacuated from Kabul.

A plane carrying 110 Afghan refugees and their families arrived at a Spanish-based EU hub at a military base outside Madrid on Saturday night, including 36 people who had worked for the US administration in Afghanistan.

The base is being used to host Afghan refugees who worked with the EU and their families and who will be resettled in other EU countries. Spain also agreed with Washington that two military bases in southern Spain can be used to receive Afghans who have worked for the US.