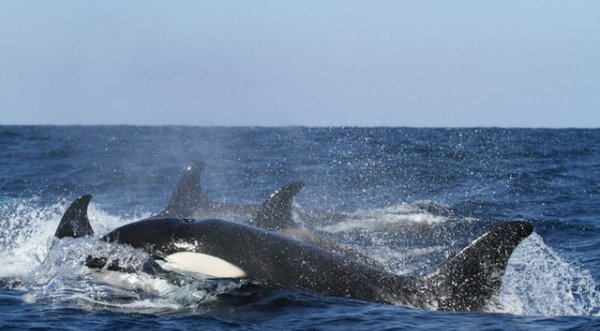 An expert offers his theory on why killer whales are attacking boats in the Strait. image: Creative Commons

AFTER a string of attacks by killer whales on sailboats this year off the coast of Cadiz, an expert who regularly dives with the orcas has put forward his theory about these attacks

Francisco Gil has been the director of the Cetacean Interpretation Center and Aula del Mar de Tarifa (CICAM) since 2014, as well as being a skipper, diving teacher, and underwater camera operator, who has also been working as a tracker for twenty years.

Speaking with Efe, Mr Gil assured them that until now, the unprecedented behaviour of killer whales to attack boats this summer in the Strait – which he defines as extraordinarily intelligent and empathetic – is more than likely a response to the attacks they suffered last summer and have continued to suffer this summer.

So far this summer, around 30 sailboats in the Strait – mostly off the shores of the Barbate region of Cadiz – have had to be towed back to shore after killer whales disabled their vessels by breaking the rudder, which has resulted in crew firing harpoons at the creatures, as proved by photos and videos.

As a result of the attacks, the Cadiz Maritime Captaincy has placed a ban on sailboats of up to fifteen metres long, in the area of Ensenada de Barbate, Cadiz, until September 7, to avoid any further risky encounters with the whales, since these smart cetaceans seem to have become specialised in breaking the rudder of these boats, leaving them adrift, with the consequent risks.

Gil has previously dived with all the species of cetaceans in the Strait until the prohibition of this activity in 2007, and has been diving with orcas for seven years, so he has become something of an authority on them, and has ‘met’ the most prominent members of the ‘clan’ of these whales that hunt tuna in the Strait.

During some of his daily outings in search of cetaceans, he verified last year that there were killer whales with injuries, and with scars, and some that had been harpooned with a type of spear, which they still had attached to their body, episodes that he affirms have been repeated this summer, which leads him to believe the recent attacks are some form of ‘protest’ by the creatures.

Made with the permission of the Ministry of Ecological Transition, and taken by Rafael Fernandez Caballero, Gil keeps underwater photos of the injured killer whales, and a video of about five minutes duration recorded by the crew of a sailboat at the time of being ‘attacked’ by cetaceans, where they respond by using the boat hook and trying to repel them with other equally aggressive means – images that have been published on the internet, as reported by diariodesevilla.es.