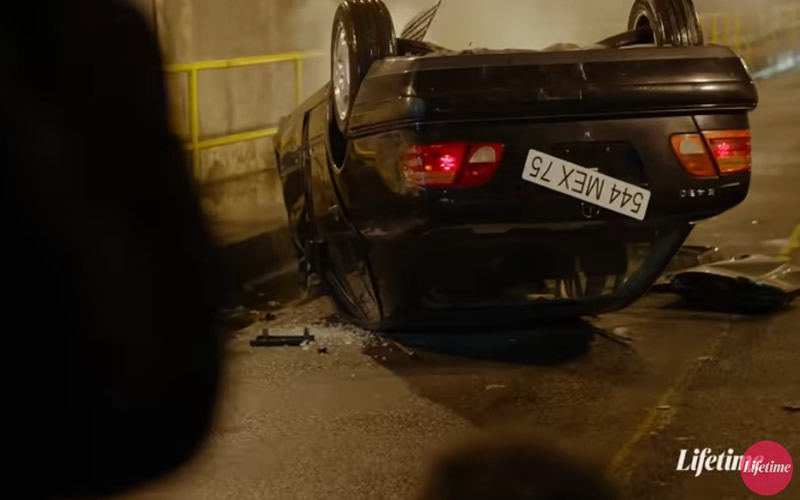 ‘Harry & Meghan: Escaping the Palace’, is the third in a series of made-for-TV films from the Lifetime US cable channel, and today, Friday, September 3, it has been revealed that in the film’s opening sequence – just a few days after the 24th anniversary of the tragic death of Princess Diana in a car crash in a Paris tunnel – a car is seen upside-down with a ‘dying’ 40-year-old Meghan seen lying on the road underneath the vehicle which has been involved in an accident.

As it continues, a mob of photographers surrounds the crashed vehicle, and a panic-stricken, 36-year-old Prince Harry pushes his way through them, before pulling the car door open, with Meghan lying seriously injured and pleading with him to help her, when all of a sudden, it is all over, as Harry wakes from his nightmare and his loving wife and son are there in the room to comfort him.

In a scene distinctly similar to the death of Harry’s mother, and being broadcast this coming Monday, September 6, so knowingly close to the anniversary of Diana’s death, viewers – and more so, royal family fans – of the film’s recently-released trailer have not been kind in their description of what they saw, and have slated the trailer, with some branding the film ‘tasteless and abhorrent’, for its obvious portrayal of the real-life incident involving Harry’s mother.

Incensed fans took to Twitter, one posting, “This is in bad taste. I don’t believe they can make a series like this!!’, while another simply branded it, “Tasteless and abhorrent”, as somebody else commented, “This IS bang out of order WTF????”, calling it, “the lowest of the low”.

In the previously-released trailer, Harry and Meghan are seen in heated arguments, with Harry telling his wife his fear that she is “being hounded to death”, ‘I see you literally being hounded to death and I’m helpless to stop it”, says the on-screen Harry, in a repeat of comments he voiced during the Apple TV+ series, where he actually did say his mother had been “chased to death”, while admitting he was scared of “history repeating itself” with his wife Meghan, as reported by dailymail.co.uk.