French woman missing on the Camino de Santiago in Spain 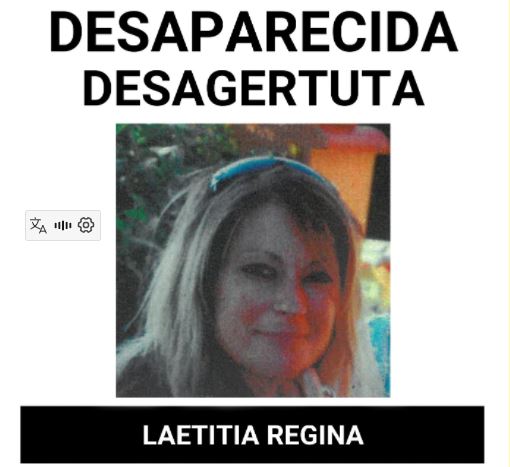 The search is on for a French woman missing on the Camino de Santiago. It is thought that the woman who is 46 years old disappeared in Guipuzcoa, while walking the Camino.

The Ertzaintza have called for people to cooperate and for possible witnesses to come forward in relation to the disappearance of Laetitia Regina.

According to the Basque Department of Security, Laetitia has straight blonde hair and is around 175 cm tall. She has a slim build and has brown eyes and white skin. It is also possible that she could have her hair tied back in a ponytail.

She was last seen in late August in the vicinity of Gernika and is believed to have been walking the Camino de Santiago when she disappeared. It is thought that she had been walking along the northern route, and she could now be anywhere along the path to Santiago.

According to reports she could also be asking for help as it is believed that she has no money, no food and also no spare clothes.

The Ertzaintza have urged people to contact them directly or contact 112 SOS DEIAK. Any information that anyone has would be gratefully received.

The Emergency Volunteers of the Basque Country, Vost Euskadi, have taken to Twitter to share a photo of the missing woman along with a description.

In other Spanish news, tragedy as woman falls from fifth floor while cleaning the windows in Madrid’s Fuenlabrada.

Sadly, a 50-year-old woman has died on Sunday morning, September 5, after she reportedly fell from the fifth floor. The woman had been cleaning the windows at her home in Fuenlabrada, according to a spokesman for Emergencias Comunidad de Madrid.

Sadly, the incident took place shortly after 9 AM this morning in Calle Albacete number 5 in the Madrid town. Emergency services were called to the scene of the accident and a mobile ICU from Summa 112 rushed to the scene to try and help the woman.