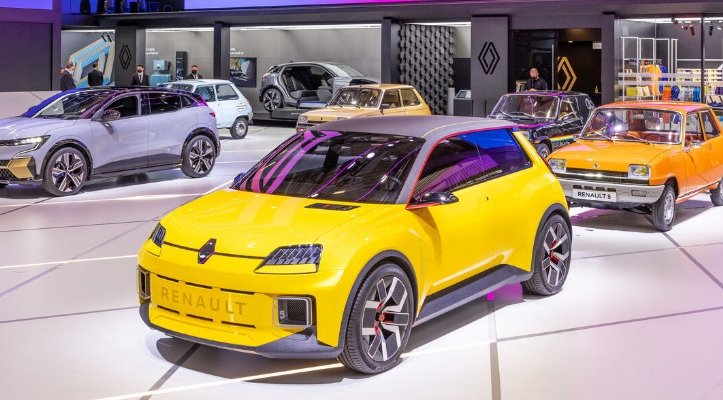 The electric Renault 5 will into production in the Douai plant in northern France, and will be on sale in 2024

Gilles Le Borgne, Renault’s vice president of engineering, has confirmed to Auto Express, that the company’s new R-5 will enter production in 2024, and that its price will be between €20,000 and €25,000, “but it should still be profitable. That is the challenge”, meaning this model will be around 33 per cent cheaper than a Renault Zoe.

This new Renault 5 will be a retro but electric design model, that will coexist, among others like the Twingo, and the recently launched Renault Megane E-Tech, which uses the CMF-EV platform, while the electric Renault 5 will use the CMF-BEV platform, specific for small cars, and will be released with it.

Like the new electric Megane, the Renault 5 will be manufactured at the Douai plant in northern France, becoming another of the brand’s “made in ElectriCIty” models.

Some media had speculated that its battery would be LiFePO4 chemistry, but the decision was made finally to use NCM cells, that is, the most conventional in the production of electric cars today, and would be manufactured in Douai by AESC, having 40 kWh of capacity.

Renault says there will be another model using a battery of a larger capacity of 52 kWh, which would reach up to 400 km of autonomy, and will be the most expensive version of the Renault 5.

It is likely that the Renault 5 with the 40 kWh battery will lack the possibility of carrying out fast charges, so it will probably only use alternating current, however, it is probable that – as happens in the Megane with the 60 kWh battery – the 52 kWh Renault 5 battery would incorporate direct current recharging.

Renault’s purpose is to have a model in its range to rival the Fiat 500e, Honda, and Mini Cooper SE, among others, and there is apparently another electroretro model in the pipeline, the electric Renault 4, as reported by malagahoy.es.