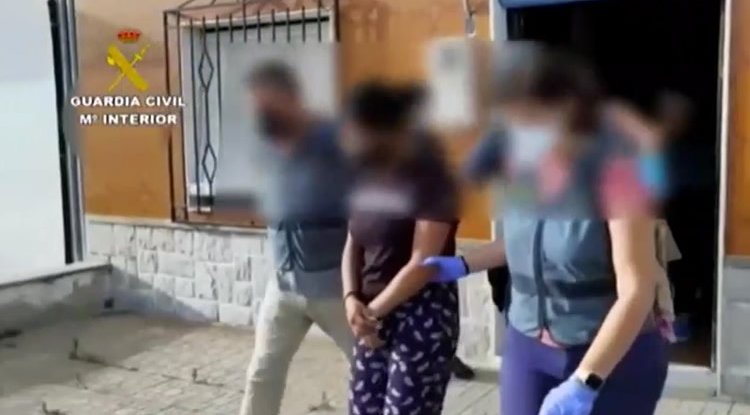 The Guardia Civil has resolved the death of an octogenarian from the Murcia municipality of Torre-Pacheco who died last February in San Javier Hospital, after being found in a place in that same town, more than 10km from his home, with the old man allegedly having been drugged by two women – who have already been arrested – who approached him in the middle of the street to steal everything he was carrying.

According to a statement by the force, the old man was walking through his municipality when he was approached by the detainees – one Spanish, and one Moroccan, both in their twenties – who made proposals of a sexual nature, and after gaining his trust, they took him to a rural area of ​​San Javier that officers have described as “far from inhabited areas, and with little passing traffic”, where they gave him numbing drugs, stole what he was carrying, and abandoned him.

After finally reaching a rural road, the octogenarian was helped by a driver who called 112, but is not known how long he spent there, or when he was drugged, though it is known that the events occurred that same day, and it was thought at the time that he had passed away from a health condition.

Subsequently, as a result of information received by the Guardia Civil, it was suspected that his death could be related to a robbery, and they asked the judge for authorisation to exhume his body and obtain details about the causes of death, which eventually led to the identification of the two detainees, with a search of their homes uncovering legal tender drugs, traces of which were found in the deceased’s body, and they were arrested.

The Court of Instruction No6 of San Javier has since decreed the entry into prison of the accused, who are charged with a crime of murder with intent, and it is now suspected that they may be related to another case that occurred in Los Alcazares, where an old man reported that he had been approached by the two detainees and later woke up at home, without knowing how he got there, as reported by sevilla.abc.es.

WATCH the video of their arrest below.