A Selection of latest news in brief from across Mallorca 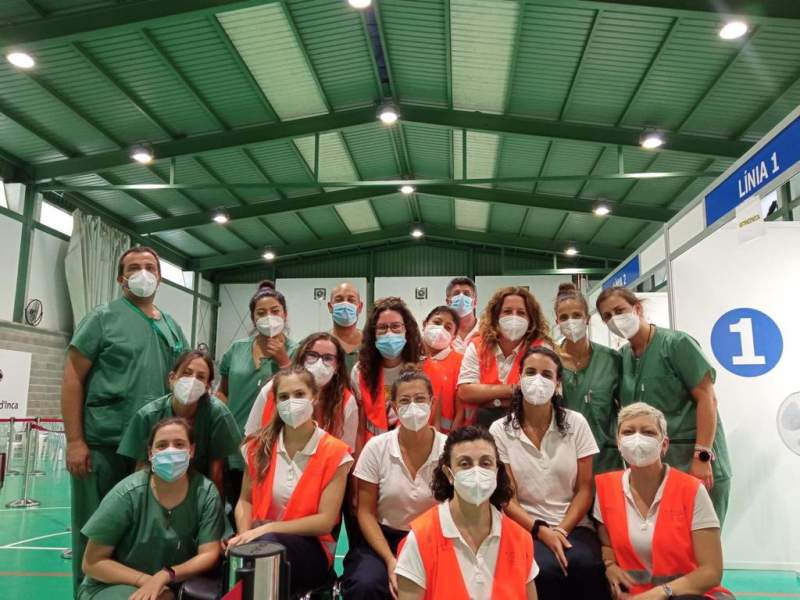 A SELECTION of latest news in brief from across Mallorca compiled for you by Euro Weekly News.
Centres close
HAVING administered more than 220,000 vaccinations over the past six months, the mass vaccination centres at the Mateu Cañellas Sports Centre in Inca and the Manacor Hippodrome finally had their doors closed by the Health Ministry on Tuesday September 22, their work having been done.
Courts disagree
ANXIOUS to see off a number of potential claims, the Balearic Government appealed a Palma Court decision which said they should not have enforced quarantine on students on holiday. The High Court has upheld their appeal arguing that the Government had no alternative option.
Beach closed
DUE to very heavy rains which appear to have swamped part of the Palma sewage system, the Council closed the Can Pere Antoni beach on Monday September 21 due to spills of possibly contaminated water to allow for analysis to take place.
Border problem
THE continued arrival of migrants from North Africa is causing a dilemma for the Balearic Government as the Algerian border has been closed for some considerable time which means that if those arriving are considered economic migrants, they can’t be returned home.
Fly tippers
SO much time and effort is being undertaken by Llucmajor Council workers in cleaning up unsanctioned waste and even manure on the municipalities roads and fields that a decision has been made to instruct Local police to intensify surveillance with fines of €3,000.
Offensive poster
“LESS saving lives, more speaking Catalan” is the phrase that appears on a number of posters being put up anonymously in Palma with an image of President Armengol dressed as a Nazi apparently due to her condemnation of a doctor who spoke Spanish to a patient.
Vandals identified
THE Local Police in Palma have identified two children who they say were responsible for a large amount of graffiti on the sea park wall and they have been accused of an alleged crime of damage against historical, artistic and cultural heritage with a potential fine of €1,500.
Health centres
FROM October, those requiring their second vaccination against coronavirus or are one of the many still to receive their first inoculation in Mallorca will be required to attend their local health centre as all of the specialist vaccination centres will by then have been closed.
Water loss
A SPOKESPERSON for the Partido Popular in Mallorca has criticised the Council of the municipality of Consell for doing nothing to tackle the problem of low water pressure and leaks which have led to the alleged loss of 206,000 tons of water.
Cruise arrivals
ON Monday September 20, four cruise ships docked in Palma, although the normal influx of passengers to the City was not as great as had been in the past due to restrictions on the number of passengers allowed on board because of health and safety fears.
Thank you for reading ‘A selection of latest news in brief from across Mallorca’ and remember that all articles produced by Euro Weekly News may be accessed free of charge.