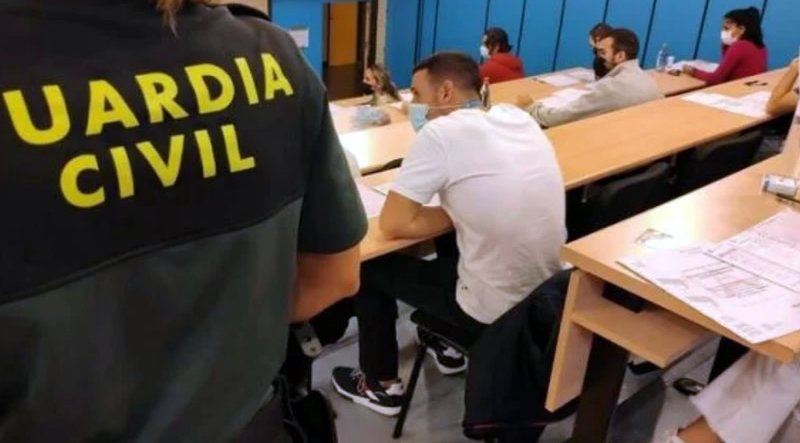 ALMOST 27,000 people applied for the 2,091 vacant Guardia Civil places that were advertised

As reported by the Guardia Civil on Sunday, September 26, a total of 26,835 people applied for the 2,091 vacant places that the force had advertised, to fill empty positions as corporals and guards in Spain.

Maria Gamez, the general director of the Guardia Civil was present at the exam headquarters at the University of Malaga, where she was able to observe how these tests are organised and carried out.

The first phase, evaluates each applicant, to find out if they meet the minimum requirements for the job, which include being between the ages of 18 and 40, of Spanish nationality, no previous criminal record, and having at least a Secondary Education qualification.

On this first day, they are subjected to a series of tests on theoretical knowledge, languages, spelling, and psychology tests, and those who obtain a sufficient score in this knowledge test will subsequently be summoned for the physical tests.

These consist of carrying out an endurance test: a two-kilometre run, a speed test, a 60-metre race, a 50-metre swimming test, as well as a strength test consisting of performing a certain number of push-ups, according to gender.

Those who pass these last tests will undergo a medical examination that will assess their state of health and physical fitness, as well as a personal interview to evaluate their mental suitability for whichever job they are opting for.

Applicants who complete the competition will join the Baeza Guard Academy in Jaen, or the Duque de Ahumada de Valdemoro Youth Guard College in Madrid, where they will receive one year’s professional training, as reported by moncloa.com.