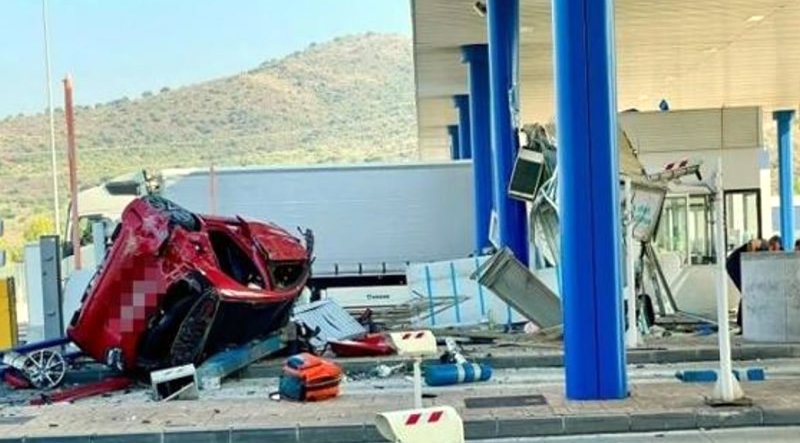 It has been revealed today, Thursday, September 30, that the 33-year-old driver who died after his vehicle crashed into a toll booth on the AP-46 motorway last Tuesday 28, was a serving officer in the Guardia Civil. Investigators from the force are reported to be looking into the circumstances surrounding the incident.
Apparently, the officer was making his regular journey from his home in Melilla to his home barracks in Guadalajara, driving his red coloured Mercedes. He has been described as a “very responsible young man” by friends and family, and they are all said to be lost for words for an explanation as to what happened to cause him to crash.
One of the deceased officer’s friends commented, “Borja did not like to go fast. When he was a passenger with me in the car, if he saw that I was a bit over the speed limit, he would quickly tell me to slow down”. They continued, “He was very sensible, he didn’t do crazy things”, pointing out that his friend did not even like to party.
Sources of SUR reported that the incident occurred at around 5.15pm last Tuesday afternoon, when the 33-year-old man apparently entered the toll booth area at Km6, driving a red vehicle at high speed, heading in the direction of Antequera, and his car slammed into the concrete posts outside the booth.
Emergency services that had been mobilised to the scene discovered two persons trapped from the impact into the concrete, and firefighters from Malaga Fire Brigade managed to release both of them, using specialised equipment, although tragically, they could do nothing for the young Guardia Civil officer.
A female employee from the Malaga municipality of Casabermeja was freed from the broken booth and transferred by ambulance to the Regional Hospital in Malaga city, as reported by surinenglish.com.