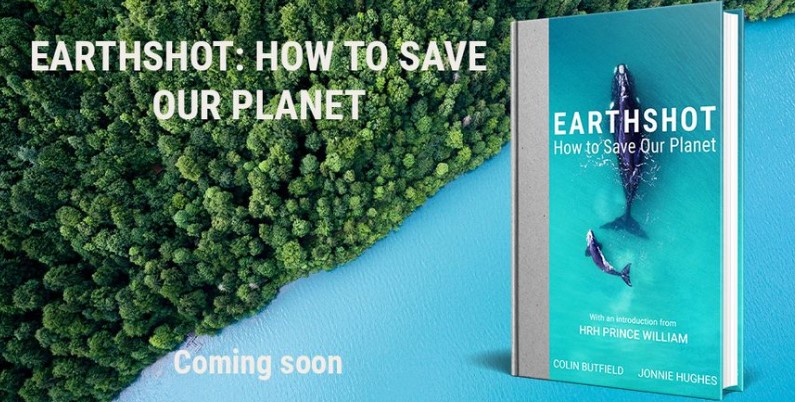 PRINCE WILLIAM’S new ‘Earthshot: How to Save Our Planet’ book has topped the Amazon bestseller charts on its first day of release

Prince William’s new book, ‘Earthshot: How to Save Our Planet‘, was released today, Thursday, September 30, and immediately shot to the top of the bestseller chart on Amazon.

In its online description, it is, “a book of action and optimism to save our planet”, and has topped the charts in several categories, including Animal Habitats and the Environment.

Co-written by Colin Butfield, a former executive director at the WWF, with input from Jonnie Hughes, the multi-award-winning producer, and director, the publication is described as the definitive book of The Earthshot Prize.

The objective of the book is to raise awareness about our planet, and the need to care for and preserve it, with the hope of inspiring a decade of repair action around the globe, with the 39-year-old Duke penning the foreword himself.

To coincide with the Duke of Cambridge’s first book in his 10-year plan for a global environmental competition, BBC 1 will be broadcasting a five-part series created by Butfield and Hughes in the autumn.

Inspired by President Kennedy’s ‘Moonshot’, the Earthshot prize was launched back in 2020 by Prince William and the Royal Foundation of The Duke and Duchess of Cambridge, and is being lauded as the most prestigious award of its kind.

Global objectives of this ambitious project include five ‘goals’, to restore nature; fix the climate; build a waste-free world; revive our oceans, and clean our air. A global team of influential individuals known as the ‘Earthshot Prize Council’ will be responsible for awarding the prize every year, from 2021 through to 2030.

Colin Butfield and Jonnie Hughes said of the project, “The Earthshot concept is simple: we have ten years to turn the tide, fifty ingenious ideas, and one goal – to save our planet. What we need is action and optimism”.

Adding, “Our book reaches from the coral reefs of Mexico, via palm oil plantations in Borneo, and sheep farms in Australia, to the forests of Kenya. It’s an explanation of how we’ve got to this point, and how – by acting collectively – we can fix it”, as reported by dailymail.co.uk.