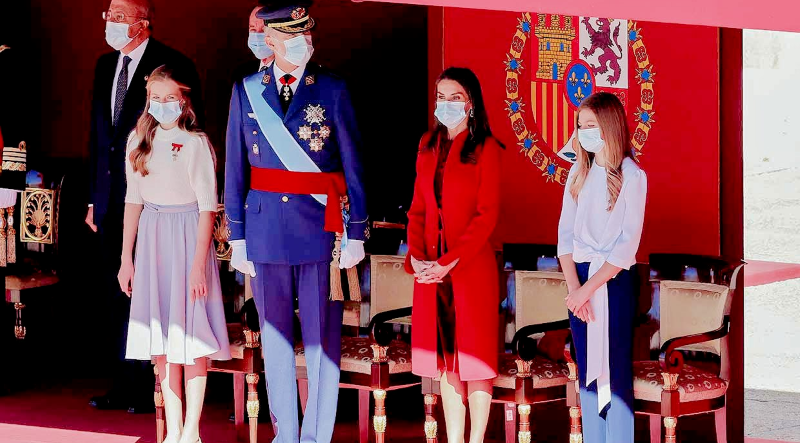 MANY shops closed as Spain celebrates National Day October 12 although bars and restaurant should be open and busy.

According to Christopher Columbus he first set foot on the Americas (modern day Bahamas in fact) on October 12, 1492.

As he was acting on behalf of Ferdinand and Isabella of Castile, even though Columbus was Italian and had tried both England and Portugal first for support, Spain has claimed him as their own.

It was as recently as 1892, the 400th Anniversary of landfall that Spain decided to hold its first National Day on October 12 although this was not an annual event.

1935, prior to the outbreak of the Spanish Civil War saw the establishment of National Day as an annual celebration to be held in Madrid, although this was severely curtailed during the following three-year period.

Following the approval of the Spanish Constitution in 1978, a decision was made to rename the celebration ‘Fiesta Nacional de España y Día de la Hispanidad’ from 1981 but reference to Hispanidad with its element of possible colonialism was removed six years later when it became officially ‘Fiesta Nacional’.

Nowadays it is one of the most important celebrations in the Spanish calendar with a formal military parade attended by King Felipe VI in Madrid which includes a colourful flypast by the Air Force.

Every town makes a tribute of some kind to the Spanish flag and after that it’s another excuse to party but beware as not only will the majority of businesses and shops be shut (apart from most bars and restaurants), there will almost certainly be a bridge (Puente) between the weekend and Tuesday where many people take Monday off and some even take Friday as well!

Thank you for reading ‘Many shops will close as Spain celebrates National Day ’ and remember that all articles produced by Euro Weekly News may be accessed free of charge.