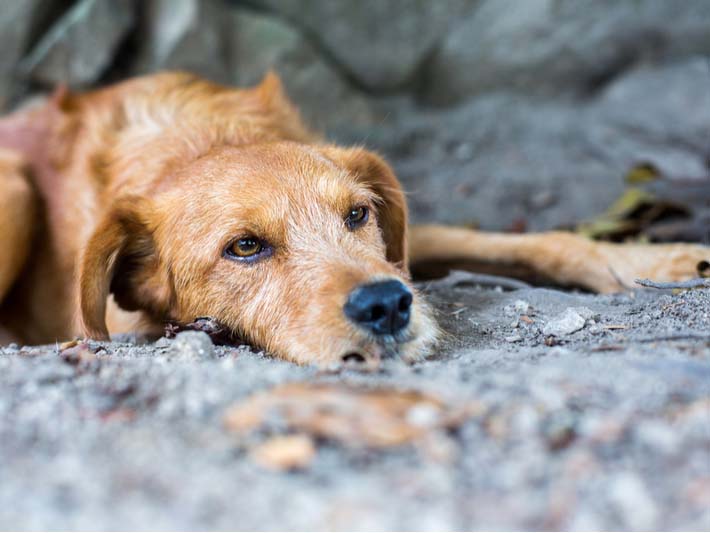 A man has been jailed after 170 animals were found living in poor conditions on a Surrey farm in one of the UK’s biggest ever animal rescue operations.

Surrey Police executed a warrant at a farm in Surrey, on 9 January 2019 as part of an investigation led by RSPCA Special Operations Unit (SOU) into concerns for the welfare of animals at the site.

A man was jailed at Guildford Crown Court yesterday, October 15,  for causing unnecessary suffering to two horses and one goat, and failing to meet the needs of 171 animals including 131 horses, 33 dogs, two alpacas and five birds.

Rescuers who arrived at the scene discovered two starving ponies, suffering from cyathostominosis (a disease caused by parasites) in one pen and a goat collapsed in another. In court, their owner admitted to failing to provide them with enough nutritious food or seek vet treatment for them.

Sadly, all three animals were put to sleep at the scene on the advice of vets to prevent them from further suffering.

Huge herds of ponies, many riddled with worms, were living out in fields with hazardous metal and broken fencing sticking up from the thick mud. Inside two barns were pens full of donkeys, goats, alpacas and ponies; many of them standing on top of 2ft-3ft of months worth of waste and faeces. Many were skinny and had underlying health conditions.

Dozens of dogs – some heavily pregnant and others with tiny puppies in tow – were found chained and tethered on the filthy yard, while others were shut inside tiny cramped cages or makeshift kennels.

Their owner admitted to animal welfare charges including causing unnecessary suffering to two collapsed ponies and one collapsed goat, and not meeting the needs of more than 100 others.

He also pleaded guilty to a number of charges in relation to the disposal of animal by-products after bones and skeletons were also found at the farm, buried among muck or wrapped in rugs.

A total of 204 animals were discovered at the site.

While three were sadly put to sleep at the scene, the rest (201) were taken for appropriate care, including 129 horses and donkeys, 59 dogs, three alpacas, five goats, four chickens and one duck.

Some of the sickest animals received immediate veterinary care while others were taken for treatment nearby, and those that were considered fit to travel by on-site vets were transferred to Bransby Horses, Redwings, The Horse Trust, The Donkey Sanctuary, World Horse Welfare and RSPCA centres for care and rehabilitation.

SOU case officer Kirsty Withnall, who coordinated the huge rescue mission and led the investigation, said: “The RSPCA and World Horse Welfare officers had received complaints about the farm and had been looking into these concerns and gathering evidence.”

He was sentenced to 19 weeks in prison and disqualified from keeping all animals for life having previously pleaded guilty to two offences under the Animal Welfare Act and six offences of failing to dispose of animal by-products.