Arsonist jailed for starting 12 forest fires in Catalonia this summer 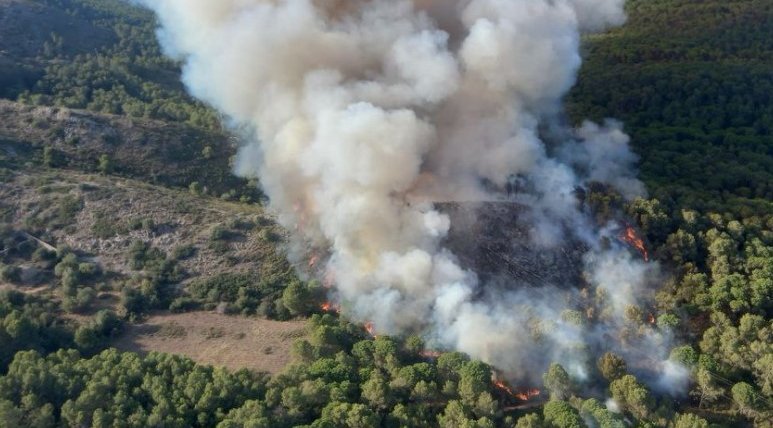 A 54-year-old man has been sentenced to provisional prison by a court in Bisbal de l’Emporda, this afternoon, Tuesday, October 26. The man was charged with deliberately starting 12 different forest fires in Catalonia during the course of this summer.

These incidents included fires in Montgri Natural Park, Illes Medes, and Baix Ter, between the Baix and the Alt Emporda, on the Costa Brava. All were lit in the months of July and August, during the region’s terrible drought spell. He was detained by Mossos officers in the Catalonian municipality of Torroella de Montgri, on the Costa Brava.

Investigators at these fires had become suspicious after discovering a similar pattern with the method of starting each fire. All were set in areas that were difficult for the emergency services to reach quickly and had been started simultaneously using igniting devices.

An investigation was launched on the premise they were searching for the same person for each o the fires. The most serious were the ones that started on July 22, and August 12 and 13. Other smaller fires were set in July, August, and October.

The largest blaze was the one on the afternoon of July 22, when a forest close to the Les Dunes area was set on fire. Emergency services took three days to extinguish this, and another 12 days to totally kill it. More than 92 hectares of forest were destroyed in the Massis del Montgri natural area. No human or structural damage occurred, but 150 residents needed to be evacuated.

On August 12 and 13, 320 hectares of land were devastated in the La Torre Vela area. Another fire set in the Les Dunes area on October 13 was thankfully extinguished quickly, thanks to citizen collaboration. Just six days ago, another small fire was started that affected 10m² of pine trees.

Investigations finally came to an end this Monday 25, with the arrest of the suspected arsonist by Mossos officers, as reported by elperiodico.com.