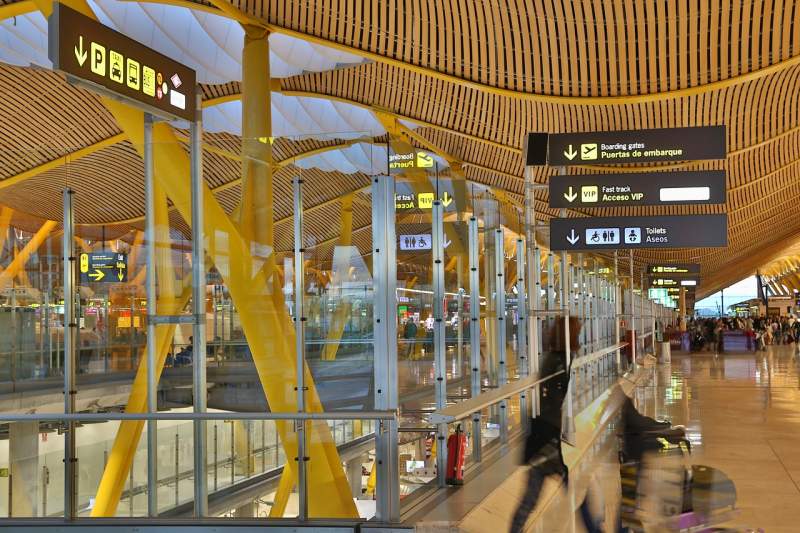 The Madrid airport passport control collapse has left more than 6,000 passengers stranded with staff unable to cope with volumes and the extra checks.

The problems, which are not unique to the airport in Madrid (Barajas), are affecting airports around the country as international travel recovers. According to sources in the air sector, the lack of personnel in these positions in Barajas airport alone has caused 6,000 international passengers to have missed their flight between the last three weeks of October and the first of November.

Many of the passengers trapped due to the Madrid airport passport control collapse are stuck in T4 having missed their flights, some are Spanish tourists travelling to countries outside the Schengen area whilst others are international travellers with documentation from outside the EU. All these passengers are required to pass through the security checkpoint which is manned by the national police.

According to insiders the added checks and staff shortages have added waiting times of up to 50 minutes and on some days as long as two and a half hours.” As a result, some of these passengers have not made it to their flight, with almost 500 travellers remaining behind on October 21.

The passport control problem has been long in coming with the Air Lines Association (ALA) published a statement over a month ago in which it warned that the first traffic jams were taking place and urged the Interior Ministry to reinforce the checkpoints. Individual airlines sent letters to the department headed by Fernando Grande-Marlaska expressing their concerns especially with the imminent reopening of USA travel.

“There has however been no response from the ministry according to those involved. International traffic is growing strongly, but policing numbers have not increased. The ALA has warned that the problem is already being experienced in other large Spanish airports with extensive international connections, such as Malaga, Seville, Ibiza, Tenerife South and Alicante. And it is likely to get worse if nothing is done before the Christmas rush.

Airlines flying into Spain expect more than 672,000 flights to made between October and March 2022. That is a nearly 2% increase on 2019, although the comparison is not a true one with the pandemic having broken out in early March 2020.

Tourism companies are concerned that the Madrid airport passport control collapse may affect the international image of Spain at a critical time for the hard hit sector.

According to the airports operator the problem is limited to  Aena, however, they consider specific peak times and is not cause for concern. “Traffic is recovering and at times when flights converge, mainly long-haul flights, there are passenger peaks at passport controls. We are working with the National Police to improve the processes and speed up the passage through these controls ”, assure sources from the airport manager. A process in which the commissioner of Barajas is also involved.

From the General Directorate of the Police they are even more blunt and assure that “it is no news that when several flights coincide in time, mainly from South America, small queues of travellers may exceptionally arise according to the volume of passengers.” Despite this, they assure that there has not been “any type of problem in T4” extraordinary to the one usually registered.