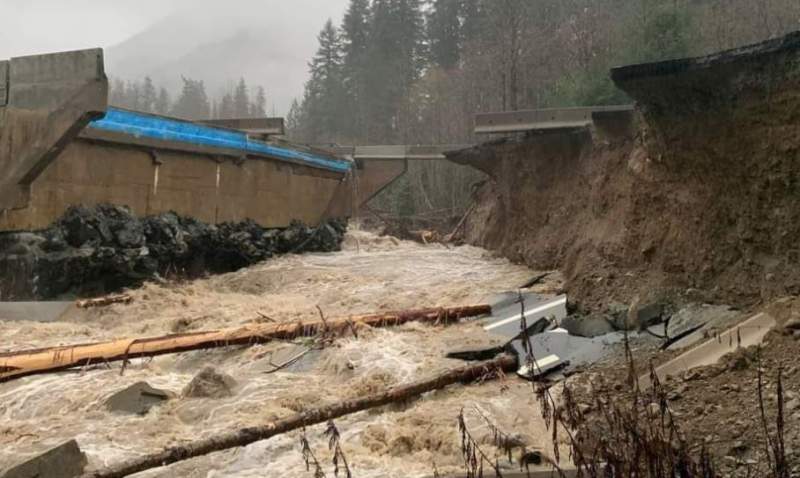 Storm: State of emergency declared in British Columbia. A landslide has killed one person and two people are said to be missing.

Canada’s British Colombia has seen rail links and roads cut off. Armed Forces have been called in to help thousands of people who have become trapped by the storm which hit on Sunday night.

A state of emergency has now been declared. Prime Minister Justin Trudeau has said that help was on the way and that troops will be used to help residents rebuild after the storm.

A month’s worth of rainfall fell in the area in only 24 hours, and thousands of people have been evacuated. The natural disaster has been attributed to climate change by Canadian officials.

John Horgan announced the state of emergency at a news conference. Travel restrictions are in place to keep people safe and away from flooded roads. He said though that essentials will “reach the communities that need them.”

Horgan commented: “There’s not a person that hasn’t been affected or will not be affected by the events of this past weekend,”

“These events are increasing in frequency due to human caused climate change.”

Horgan believes that British Columbia must “bring the seven billion other souls that live on this planet to understand that we need to act now… to protect us from these types of events that will happen in the future”.

Speaking to the BBC Rachel White an atmospheric scientist from the University of British Columbia commented on the storm. She said: “As we warm up the climate, heavy rainfall events such as these are going to get more intense,”