Which city in Europe is likely to have a white christmas? 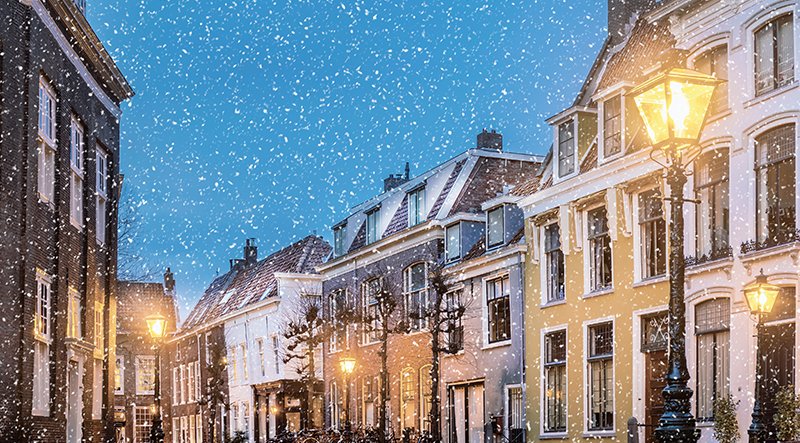 Christmas is coming which means people are hoping for one thing – snow!

Okay, they also want plenty of other things such as presents, but being able to wake up to snowfall on Christmas Day is undoubtedly high on everyone’s list.

However, according to Betway Insider, if you live in London you would be well advised to look elsewhere if you want to enjoy a white Christmas this year.

Their study looked at weather data from the past 12 years and discovered that England’s capital city has not had snowfall on Christmas Day during that period.

A quick look around the rest of the continent highlights that Londoners could get a snow fix if they are willing to travel to mainland Europe.

Of the top 10 capital cities that have seen snowfall in December since 2009 only two are located outside Europe – Ottawa (Canada) and Bishkek (Kyrgystan).

Liechtenstein’s capital Vaduz heads the most snowfall list by a considerable margin, with 254.8 cm of snow falling during December 2011.

The disparity in snowfall between London and other regions during the festive season goes a long way to explain why many European countries implement a winter break for sport.

English football has a tradition of playing throughout Christmas and New Year, but has introduced a mini-break starting towards the end of January. Fans are usually in full attendance but live football streams have made it possible for those unable to attend because of the weather to still catch the games from home.

By contrast, La Liga, Bundesliga, Serie A, and Ligue 1 are amongst the European leagues that shut down completely during the holiday period.

Many of their players will no doubt use the opportunity to seek out some Christmas snow, and they certainly have plenty of places to choose from.

Top of the pile is Moscow, which has had white Christmases in nine of the last 12 years. With loads of festive attractions available, the Russian capital is a great place to spend Christmas.

If the prospect of travelling to Eastern Europe for Christmas leaves you feeling a little chilly, Iceland’s capital Reykjavik could be right up your street.

Reykjavik has seen snow on the big day in seven of the past 12 years, putting it fourth on the list of cities that have had the most Christmas Days with snow since 2009.

Iceland’s capital has the added advantage that Christmas in the country lasts for 26 days and the Northern Lights often appear during the holiday season.

There was a record snowfall during early December in 2015 in Reykjavík – with the city covered by a 42 cm thick layer of snow.

While that amount is dwarfed by snowfall in other cities in recent years, it does make it more manageable to navigate safely around the city.

There are plenty of attractions in Reykjavik throughout the holiday season including Christmas markets, ice skating rinks, outdoor concerts and Christmas buffets.

The downtown streets are extremely eye-catching, with the decorations and lights making for a wonderfully magical Christmas.

One of the most beautiful landmarks is the Hallgrimskirkja Church, the highest building in downtown Reykjavik which dominates the skyline of the northernmost capital in the world.

It stands out among the colourful two-floored houses and is unquestionably one of the most photogenic spots in the city.

Alternatively, the Arbaejarsafn Open Air Folk Museum offers visitors a glimpse of what Christmas was traditionally like in Iceland.

They have a special schedule during Christmas, where visitors can make candles, taste traditional Icelandic treats and warm themselves with a mug of hot chocolate.