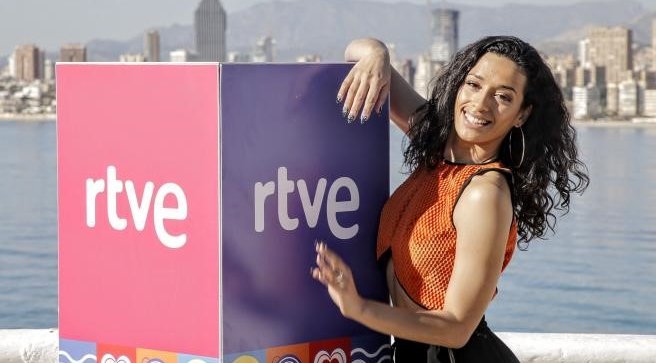 The TVE union has called for the weekend’s Spain’s Eurovision Song Contest selection to be annulled, citing remarkable irregularities that need to be investigated.
According to the union: “The alleged irregularities are important, so notable that the choice of the song that will represent Spain in the Eurovision Song Contest should be annulled.”
They continue saying: “The different directions involved must urgently clarify how and who selected the Benidorm Fest jury. With the same urgency, RTVE must make public the minutes of the voting and the recorded incidents, all as a whole. RTVE must urgently clarify the relations between members of the jury and the singer Chanel Terrero. It must be clear if there is a conflict of interest, it must be clear the direction of the vote of the people who, in the jury, have or have had a relationship with the winning singer of the festival.”
According to the unions, there are “many” explanations that must be given. “Questions that RTVE must answer: What were the criteria for selecting the jury? Are there or have there been professional relationships between members of the jury and the winning singer? What do the voting records reflect? Under what arguments did the jury proceed to vote for the participants?

RTVE responds to calls for win to be nulled

RTVE has defended the voting system of the Benidorm Fest, despite the process being highly criticised on social networks with claims of remarkable irregularities.
“In any competitive contest, there are many people who do not see their expectations fulfilled. In any case, the greatness of any competition consists in fully accepting the rules to their ultimate consequences,” the network has pointed out.
In the statement, RTVE admits to being “aware” of the “controversy” over the process to choose the song that will represent Spain in Eurovision, but considers the experience “positive”.
They maintains their firm commitment to Spanish music and that have already begun promoting the Spanish candidacy for Eurovision in Europe. “Aside from debates, the most important thing at the moment is to support Chanel together,” the broadcaster said.
The controversy has prompted RTVE “to open a participatory dialogue to improve, for future editions, the entire Benidorm Fest process” and to create a television program to promote Spanish music. Details of the project are set to be announced within days and will be open to all the contestants of the first edition of the Benidorm Fest.
“RTVE wants to thank the citizens for the support received and that has been reflected in the outstanding audience data. We extend our gratitude to the Generalitat Valenciana and its President, and to the Benidorm City Council and its Mayor”, concludes the corporation.

Chanel was announced winner of the festival after the professional jury gave her the maximum points. According to the system, 50% of the vote is decided by the professional jury, while the other 50% is from the demographic audience (25%) and televoting (25%).
Chanel was not in the top three performers according to the public vote, prompting the RTVE union to call for the remarkable irregularities to be investigated.