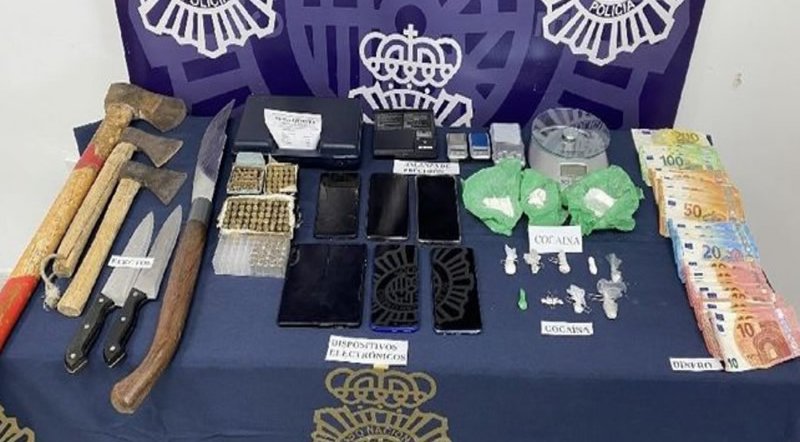 National Police officers have dismantled a criminal organisation dedicated to drug trafficking in the municipality of Velez-Malaga. Within the framework of ‘Operation Pang’, eight people were arrested, and nine entries and searches carried out.

As reported by the National Police in a statement, the operation had the collaboration of more than 100 officers attached to both the Provincial Police Station of Malaga and the Local Police Station of Velez-Malaga. The judicial authority has already decreed the imprisonment of three of those arrested.

The investigation began as a result of complaints received by Velez-Malaga Local Police through different communication channels. In them, both the feeling of insecurity in a specific area of ​​the city – due to the movement of drug addicts – and the consequences suffered by the repeated power outages, which were due, supposedly, to the cultivation of marijuana plantations.

Once the veracity of the facts was verified, the Udyco investigators, attached to Velez-Malaga Local Police station focused their investigations on a well-known family nucleus who are resident in the town, allegedly dedicated to drug trafficking.

During the development of the investigation, the police managed to locate the homes of the family clan. They also determined the methods used for their supply and sale of drugs, the possible places of concealment of the product, and the roles played by the individual members of the organisation.

Nine entries and searches were carried out

On January 28, the ‘Pang’ operation was carried out, which resulted in eight people being arrested as allegedly responsible for crimes against public health, belonging to a criminal organisation, and electricity fraud.

Nine entries and searches were carried out, one in the Churriana neighborhood of Malaga, and another eight in the town of Velez-Malaga, dismantling several indoor marijuana plantations.