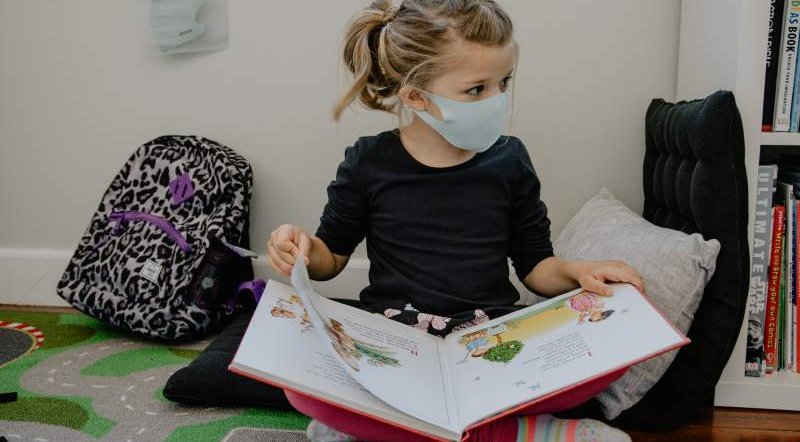 Photo by Kelly Sikkema on Unsplash

The Spanish Society of General and Family Physicians (SEMG) have called on the government to maintain the usage of the mask indoors until the cumulative incidence drops below 50, with the government currently considering a proposal from paediatricians to eliminate the usage in schools from the end of February.
Quique Bassat, ISGlobal Epidemiologist, Paediatrician and Coordinator of the Working Group of the Spanish Association of Paediatrics (AEP) for the Reopening of Schooling, said that it is ideal to eliminate mask usage when the autonomous communities have a cumulative incidence (AI) as low as possible.
However he continued saying: “For the general population, I would not advance – to this extent – ​​until we have an incidence below 50 cases per 100,000 inhabitants at 14 days.
“So it is foreseeable that it will be around Easter:  If we continue at this rate, at least we will be close, but it is difficult to hone in on the prediction.”
“To this extent all interiors, whether they are bars, restaurants, companies or public transport, in principle, one interior or another does not matter. I would expect, for example, in the case of nursing homes or places where there is contact between those infected with the general population, such as hospitals.”
For Dr. Lorenzo Armenteros del Olmo, spokesman for the Spanish Society of General and Family Physicians (SEMG), “The mask should not be removed indoors until the AI ​​is between 100 and 50, something that will not happen until the beginning of summer, and as long as the transmission curve is practically flat.
“In that case, I would start to eliminate it in the jobs where there is a distance between the employees, and in those that there were not when the AI ​​is below 50.”
For nightclubs, Dr. Armenteros is more cautious: “The ideal would be to wait longer, especially if there are no proper filters.”
And in the case of residences or places with a fragile population, health centres and hospitals, he says that “it should be eliminated last and perhaps the obligation could be maintained.”
He added: “The removal of the mask must go hand in hand with the proven decrease in the risk of transmission. And there is no evidence today of a drop in community transmission outside of schools.”
Estanislao Nistal, Virologist and Professor at CEU San Pablo University believes that: “In addition to an AI of less than 50, the arrival of good weather must also be taken into account when taking the measurement.”
Although other countries have already moved to drop mask usage the view in Spain remains a wait and see. Paediatricians on the other hand have asked to eliminate it earlier in schools, starting with the youngest age groups, despite the fact that the youngest are not vaccinated.
This according to Bassat is: “Because they are the ones that transmit the least, and therefore it is where there is less risk. As we get older, it would allow us to monitor that this important change does not imply a greater risk of transmission.”