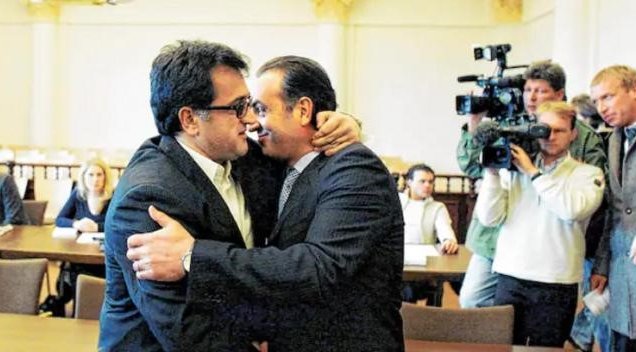 According to a report by Ultimahora, in the last five years the mafia held a number of summits in Mallorca where leaders got together to agree amongst other things areas of cooperation and “business” splits.
The summits, which were held in secret and usually during the summer, were organised by the Kosovar Albanian tycoon Osmani Bashkim who was recently arrested in the “casino operation”.
Osmani ran the Bashkim brother’s empire of casinos, hotels, luxury homes, sports cars and countless investments.
According to the report, the last meetings was held in late 2021, with meetings usually attended by five or six prominent figures from the European underworld. These included Italians from the Calabrian ‘Ndrangheta and Balkans from Kosovo. These individuals usually stayed for more than a week in luxury hotels in Calvià and bizarrely one of the mafia “summits” in Mallorca coincided with another from Europol, the police that precisely persecute these criminal gangs.
Meetings were held with total discretion and the guests posed as tourists with high purchasing power enjoying a few days of vacation on the Island, avoiding cameras at all times turning their faces away or covering them with headgear.
To avoid attention they were never seen together in public, arriving and departing alon from agreed meeting places. As a rule, they ate in luxury restaurant private rooms and then went to the Ritzi, Bashkim’s place in the port. He was waiting for them sitting facing the sea, turning his back on the business..
The researchers are certain that the “summits” had, above all, one objective: to delimit the areas of influence of each clan and to agree boundaries. Some were dedicated to prostitution, others to cocaine trafficking and the rest to money laundering on an international scale.
Bashkim arrived in Mallorca in 1999, when he bought the Ritzi de Portals, which operated under a different name at the time. He later bought an apartment in the area, on Benito Jerónimo Feijóo Street.
He had a reputation as playboy and a weakness: luxury sports cars. Almost six feet tall, the tycoon was not armed because he was safe in Mallorca. He knew that the entrances and exits on an Island are highly controlled, which gave him some protection.
The Osmani family first rose to prominence in Germany controlling prostitution, and although targeted by the police there was never sufficient evidence to charge them.
Since then they built an empire in the Balkans where they have almost legendary status. , the Osmani are almost legends. There they built luxury hotels and residences and regularly appear in the media with boxing stars and other celebrities, encouraging them to invest millions of euros in Albania and Croatia. In Prague and Moscow they also bought casinos.
Bashkim moved to Mallorca after being released from a German prison where he was tried for a series of crimes. He then set ups permanent residence in Mallorca and years later built his fabulous mansion for five million euros on Menhir street in Camp de Mar (Andratx), one of the most exclusive streets in Mallorca.
The Guardia Civil took notice of Bashkim but it was not until 2018 when the Benemérita Information Service, an elite unit, set the dismantling of the criminal organisation as one of its objectives.
“Operation Casino” was born with the National Police aided by international agencies like the FBI, the DEA, the British NCA and the Italian DIA. The alleged capo began to be followed with absolute discretion, day and night, winter and summer. It was estimated that he had seven associates in his closest circle, including his mother-in-law.
On Tuesday morning came the beginning of the end for the Osmani clan when 600 agents searched his properties in half of Europe and in Mallorca. Bashkim had already fled to his hotel BO Palazzo in Croatia, surrounded by luxuries and along with an armed bodyguard.
After five years of surveillance and investigation the team have managed to get an international warrant of arrest issued and are now waiting his extradition.
In recent years Spain has become more and more successful in hunting down those international criminals who choose the country and regions like Mallorca as their home, but questions remain as to how the Mafia held summits in the region undetected.