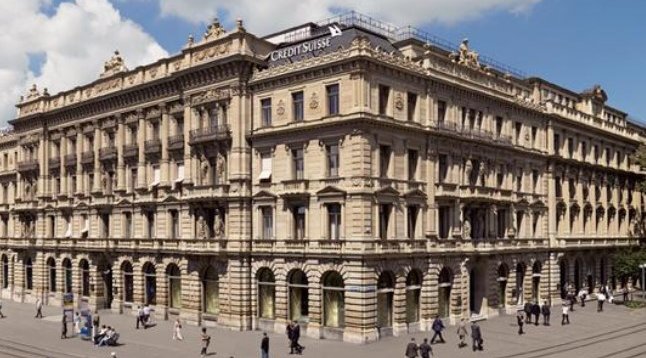 A leak revealed this Sunday, February 20, by several media outlets around the world, has exposed the accounts of 30,000 clients of the Swiss bank Credit Suisse with money from questionable operations owned by personalities from around the world.

One of the most prominent names included in the list is that of the Philippine dictator Ferdinand Marcos, and his wife Imelda Marcos. They are estimated to have stolen $10,000 million during the three terms that Marcos was in charge of the country, until 1986.

Among the politicians included is Pavlo Lazarenko, Ukraine’s prime minister from 1997 to 1998. A month after resigning, he opened the first of two Credit Suisse accounts with almost eight million Swiss francs.
Transparency International estimates that Lazarenko stole $200 million, collecting half of his profits from businessmen in the country. He was convicted in Switzerland for money laundering in 2000 and subsequently sentenced to nine years in prison for corruption in the United States in 2006.
Alaa and Gamal Mubarak, sons of Egyptian autocrat Hosni Mubarak, also had Credit Suisse accounts. They opened the first account in 1993 and in 2010, a year before their father’s fall during the Arab Spring. An Alaa account held 232 million Swiss francs.
As revealed by a confidant who has given the data to the German newspaper ‘Sueddeutsche Zeitung‘, Credit Suisse, is one of the largest private banks in the world. According to this journalistic investigation, it has welcomed among its clients individuals accused of torture, drug trafficking, money laundering, corruption, and other serious crimes.
“I think the Swiss bank secrecy law is immoral. The pretext of protecting bank privacy serves to cover up the shameful role of Swiss banks as collaborators with tax evaders”. the source said.
Another name cited was Ronald Li Fook Shiu, president of the Hong Kong Stock Exchange. Known as the ‘Godfather of the Hong Kong Stock Exchange’, he was convicted in 1990 of bribery, in exchange for listing certain companies on the stock exchange.
He was one of the richest men in town, but he ended up in a maximum-security prison. Li, now deceased, was able to open an account at Credit Suisse in 2000 with 59 million Swiss francs, about €56m, without major setbacks.
Serbian Rodoljub Radulovic, convicted in 2001 of fraud in the US stock market, also had up to two accounts in the entity. The first opened in 2005, and closed in 2010. He was recently convicted in Belgrade of trafficking cocaine from South America for capo Darko Saric.
Venezuela’s state company Petroleos de Venezuela (PDVSA), had almost two dozen businessmen, authorities and politicians, implicated in corruption cases. Two of these people, and the bribed officials, had accounts at Credit Suisse with significant sums of money.
In response, Credit Suisse has argued that banking laws prevent it from commenting on individual allegations. The bank has though “strongly” rejected these allegations about its practices, because these reports are based on “selected data taken out of context, and therefore lead to biased interpretations of the bank’s business conduct”.
Credit Suisse also pointed out that some of these are past cases, sometimes relating to a time when “laws, practices and expectations towards financial institutions were very different from today”. Some accounts were opened in the 1940s, although more than two-thirds were opened after 2000.
“I am aware that having an account in a Swiss tax haven does not necessarily imply tax evasion, or any other financial crime. However, it is likely that a significant number of these accounts were opened for the sole purpose of hiding funds from financial institutions. and/or avoid paying capital taxes”, explained the person responsible for the leak.
Another dictator on the list is Nigerian Sani Abacha, who is believed to have stolen $5 billion in just six years. Credit Suisse has Abacha’s children as clients, and they have $214 million in their accounts.
Senior officials from Pakistan, Jordan, Yemen and Iraq, as well as former Algerian Defense Minister Khaled Nezzar, who served until 1993 are on the list. He participated in the brutal civil war in which authorities were accused of forced disappearances, mass arrests, torture, and extrajudicial executions, as reported by cadenaser.com.