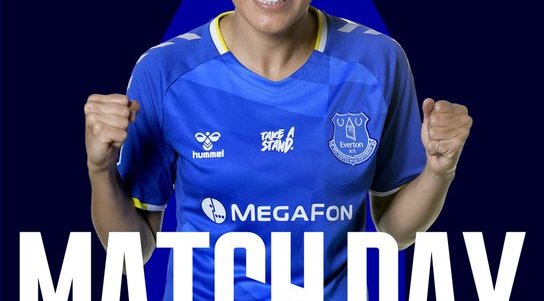 Everton Football Club has announced that it has cut ties with all of its Russian sponsors, including USM which is owned by Russian oligarch Alisher Usmanov. Ties have also been cut with Megafon, which is the second-largest mobile phone operator and the third-largest telecom operator in Russia and smartphone manufacturer Yota.

Mr Usmanov, a Russian metals tycoon and former Arsenal co-owner, is among the oligarchs sanctioned by the EU and is also said to be on a list of people due to face sanctions by the US Treasury, according to the Washington Post.

The club issued a statement today March 2nd that said: “Everyone at Everton remains shocked and saddened by the appalling events unfolding in Ukraine.

“This tragic situation must end as soon as possible, and any further loss of life must be avoided.

“The players, coaching staff and everyone working at Everton is providing full support to our player Vitalii Mykolenko and his family and will continue to do so.”

Mykolenko joined Everton in the January transfer window from Dynamo Kyiv and shared a touching moment with his Ukrainian counterpart, Oleksandr Zinchenko before his side’s match against Manchester City.

The club has said they will remove all signs and messaging relating to USM and Megafon’s logo will be removed from the women’s team shirts, whilst match programmes will be reprinted, without Russian related sponsorship.

According to Sky News the changes will cost the club around £500,000.

Lifelong Everton fan and podcaster Paul “The Esk” who monitors the ownership at Goodison Park told Sky News’s sports correspondent Tom Parmenter: “A suspension provides breathing space to evaluate new options. It leaves the door open for a return but it is difficult to see the circumstances that USM etc will ever be positive brands.

“There is no condemnation of the actions of Putin & Russia.”

USM, one of the sponsors Everton has cut ties with today, has sponsored the club’s Finch Farm training ground since 2017 with rumours suggesting that a company owned by Usmanov  had paid around £30 million (36 million euros) to secure an option on the naming rights of their new stadium.