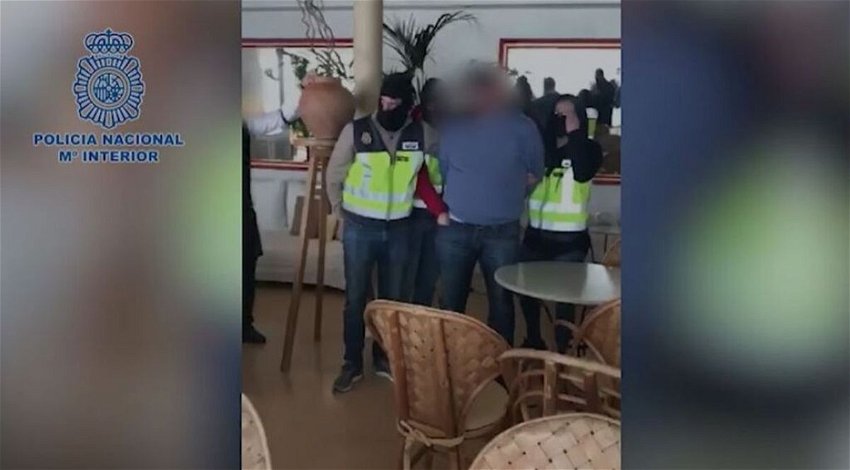 A notorious drug trafficker has been arrested in Marbella after he was caught smuggling cocaine into Spain in bouquets of flowers.

The National Police in Marbella have arrested the notorious drug trafficker Florentino Carlos Fernández García, better known as Don Carlos, who had previously been linked to the Medellín and Cali cartels for money laundering and was now involved in importing drugs into Spain.

The police operation began 18 months ago when they detected that the criminal, who had more links to money laundering, was attempting to bring large quantities of drugs into Spain from South America. More recently, however, the operation really took off when 60 kilos of cocaine were detected after having been smuggled into Spain hidden in bouquets of flowers.

When the drugs were set to be transported from Seville to Malaga for subsequent distribution to the final recipients, the National Police intervened in an industrial warehouse in Seville, where they seized the vehicle in which the drugs were to be transported and arrested the two people who were in charge of transporting them. The ringleader of the organisation, Florentino Carlos Fernández García, was arrested in Marbella at the same time. When police searched his home, they found 200,000 euros in cash and a revolver with ammunition.

Don Carlos was well-known to the police. A Spanish national, he lived in Colombia and Venezuela for years, where he was involved in money laundering with drug traffickers from the Medellín cartel. He was even linked to money laundering for the terrorist organisation ETA. He was also linked to the Cali cartel after he bought and lived in the Madrid home of a former leader of the cartel.

In 1998, Don Carlos was sentenced to 24 years in prison for kidnapping two women for an outstanding drug trafficking debt.