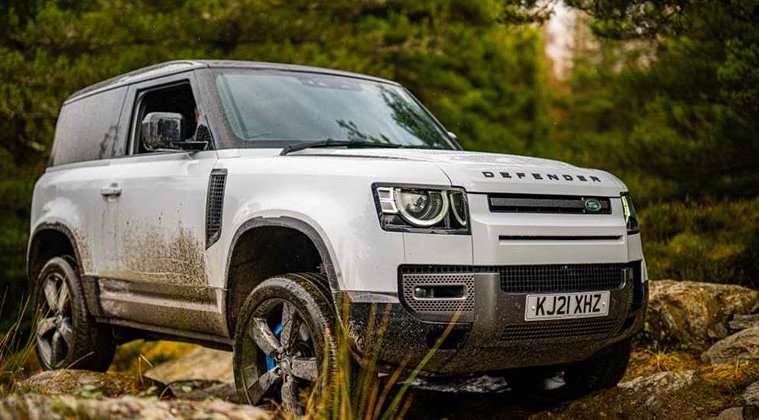 NEW DEFENDER: A car for all seasons and all occasions.

It was one of the most eagerly anticipated launches in recent years, it follows on from a truly iconic predecessor that had a worldwide following and its history back in the immediate post war years. The new Defender had a lot to live up to, and there can be few who envied their task, when it was launched last year. It’s worth saying that this new Defender is nothing like its predecessor, it’s a whole world apart and better described as a modern interpretation of the iconic original.

Since the new Defender launched it has met with almost universal praise and a short spell behind the wheel provides the explanation.

Immediately visible in the new Defender are the heritage cues from the previous model. With short and long wheelbase models, known as 90 and 110 respectively, diesel and petrol engines with all bar one having mild hybrid assistance, a 5.0-litre V8 petrol and a plug-in hybrid power unit, there is plenty of choice. Prices start from €54,667/£45,690 for the commercial Defender 90 Hard Top.

The first thing you notice climbing into any new Defender – and you do climb in – is visibility. It’s excellent! Looking forward you can see the front corners and it essentially ends at the back window. To help matters you have a 3D surround camera and 360-degree parking aid.

Moving to the standard range prices start at €69,029/£57,695 for the 90 models and €70,234/£58,700 for the 110, with a plethora of optional extras. The standard specification across the range is good and the interior looks and feels special. There’s lots of space, an open dash incorporating a central touchscreen and storage, and also buttons. Hallelujah!

The touchscreen provides near perfect clarity and is intuitive in its operation, not something one can say about many such systems fitted in cars.

The Defender is big! However its large size, especially in 110 form as tested, means it’s a surprise to find out just how easy it is to pilot it through any situation whether on or off-road. Part of that ease is undoubtedly the excellent visibility and on-board assistance tech, however it’s also down to the steering and confidence inspiring ride.

My 110 SE test model at €67,428/£56,355, and its 3.0-litre diesel engine and smooth changing eight-speed automatic transmission proved immensely capable. Point the Defender in any direction, quite literally as roads not necessarily required, and it’s an impressive and comfortable cruiser, off-roader and load carrier.

It should be, given the pricing, but the Defender is an object lesson in how to produce a car for all seasons and all occasions.