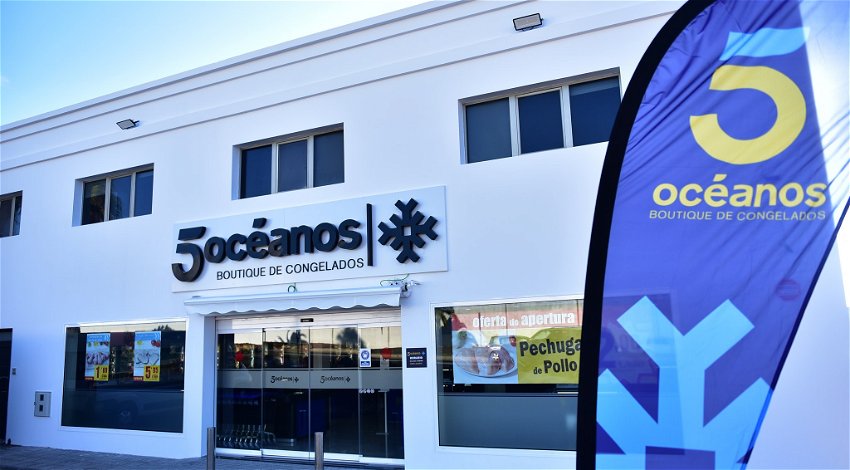 The frozen supermarket chain “5 Océanos”, from the Canary Islands, will be expanding in Andalucia this year, with its first stores in Seville.

The Canary Islands company Distribuciones Frionorte, owner of the supermarket chain “5 Océanos”, which specialises in frozen food, will expand into Andalucia in 2022. It plans to open 60 establishments over the next five years, according to a company spokesperson.

The company expects that its expansion plan will create more than 350 jobs in Andalucia, which will be added to the almost 600 jobs that make up the current workforce in the Canary Islands.

The expansion process will begin this summer in the province of Seville. Between June and July, five shops will be opened.

“5 Océanos has built its excellent reputation in the market by offering consumers in the Canary Islands a huge variety of frozen products at the best price, making quality and personalised customer service its hallmarks,” the company said.

In the Canary Islands, the company has experienced rapid growth over the past few years, with 67 establishments scattered throughout the Canary Islands. Most of the establishments are on the islands of the province of Santa Cruz de Tenerife: 37 on Tenerife, two on La Gomera, another two on La Palma and one on El Hierro. In the province of Las Palmas, there are 21 in Gran Canaria, two in Fuerteventura and another two in Lanzarote.

The company has decided that Andalucia will be the first region in which it will begin its expansion towards the mainland, but these plans have not slowed down its growth in the Canary Islands, where it has more plans for new stores.

The range of products on sale includes meat, fish and seafood, as well as pre-cooked food, fruit, vegetables, ice cream and desserts.