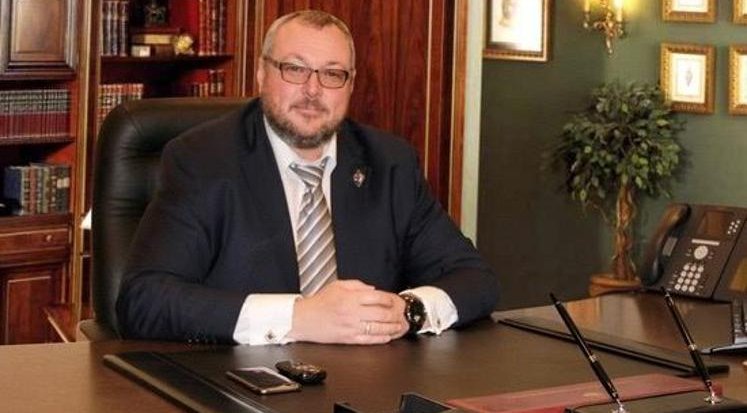 A former Kremlin Official and his wife and daughter have been murdered in a Moscow apartment massacre.

Vladislav Avayev, a former Kremlin Official and Gazprombank vice-president has been found dead in his luxurious £2 million Moscow apartment by his 26-year-old daughter, Police stated. The body of the 51-year-old former Kremlin official was found next to his 47-year-old pregnant wife Yelena and younger daughter 13-year-old Maria, with no current indications as to why the massacre took place.

After previously trying to contact the family by phone several times, without success, Ayavev’s 26-year-old daughter Anastasia became concerned and decided to visit her family apartment. She found the bodies of the former Gazprombank vice-president and his wife Elena in one room. The body of their 13-year-old daughter Maria was in another room. All the victims had gunshot wounds.

An investigation has been opened following the massacre on the 14th floor apartment, with investigators puzzled by the incident being carried out with the Kremlin Official’s own pistol. A neighbour called Kristina stated: “I heard three shots and shouting. A woman was screaming. Then two more shots were fired. No-one else was screaming. I looked out the window – I thought it was fireworks.It turned out they weren’t, my mother told me it was definitely gunshots.” Another neighbour stated: “Perhaps this was because of the sanctions, everyone is depressed, some are willing to go to extreme measures. They possibly put him in debt and he decided to shoot himself

A third neighbour stated: “He was a smart man, almost the head of Gazprombank. I had seen him – he did not look like a maniac. He was a nerd. He had no reason to do that. He was rich, smart. There’s no way a man like that could kill.”

Former Kremlin Official Ayavev was allegedly a close ally of Putin, working with him under Gazprombank in  part of the Kremlin regime’s gas-for-roubles scheme to hit back at Western sanctions. Gazprombank is one of Russia’s largest banks. It was founded in 1990 as a subsidiary of the Russian energy group Gazprom, but no longer holds a majority stake. Today it is an open joint stock company, but indirectly it is largely owned by the Russian state. The largest shareholders are the pension fund Gazfonds (49 per cent), Gazprom (35 per cent) and Vneshekonombank (10 per cent). In addition to the pure banking business, Gazprombank is also one of Russia’s largest media groups through its subsidiary Gazprom-Media. The bank also owns a heavy industry company (OMZ) that produces equipment for mining, petrochemical and nuclear power plants.