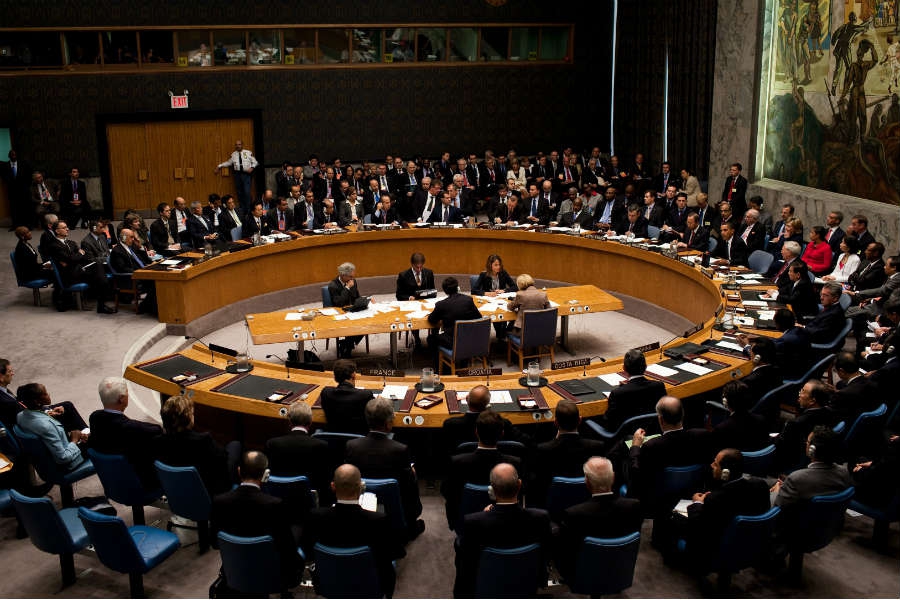 The UN General Assembly is to be convened today to allow members to debate limiting the veto powers of permanent members of the Security Council.

The meeting which is being convened by Lichtenstein with backing from the US, will discuss an old idea that has never managed to get past the general assembly. Revived by Russia’s invasion of Ukraine, the change proposed would require the five permanent members of the Security Council to justify their use of the veto.

Moscow’s veto power has paralysed the Security Council, effectively stopping it from fulfilling its role of intervening in such conflicts as guarantor of global peace as defined by the Charter of the United Nations.

The proposal has the support of 50 council members including the United States, but not the other permanent members France, the UK, China and Russia.

Currently there are 10 non-permanent members, who do not have the right of veto. Japan and Germany are not permanent members currently but are looking to be added to an enlarged group given the global economic and political influence. Both are said to be in favour of the change.

What isn’t known is how the other countries that could be considered for permanent membership will vote. These countries include India, Brazil and South Africa.

France is known to be in favour of the change however the views of Britain, China and Russia, whose backing would be critical to such a controversial initiative, are not clear.

The first veto ever used was by the then Soviet Union in 1946 and has used in 143 times since. The United States has used their veto 86 times, the UK 30 times and China and France 18 times each.

US ambassador to the UN, Linda Thomas-Greenfield said in a statement: “We are particularly concerned by Russia’s shameful pattern of abusing its veto privilege over the past two decades.

“Adoption of the Liechtenstein resolution will be a significant step toward the accountability, transparency, and responsibility of all the permanent members of the Security Council.”

A proposal tabled by France in 2013 that would see permanent members collectively and voluntarily limit their use of the veto in the event of a mass atrocity, has so far stalled despite being backed by more than 100 countries.

It is clear that Russia and its allies will vote against limiting the veto powers of Security Council permanent members, particularly in light of the current incursion. Whether China who have designs on Taiwan do the same remains to be seen.