Princess Anne expected to be confirmed as head of Royal Marines 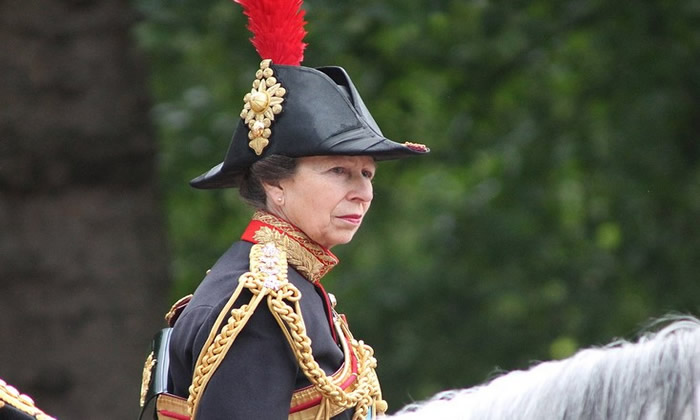 Princess Anne is expected to be confirmed as the new head of the Royal Marines this August, according to a report by the Daily Star today, Sunday, April, 24. The Queen has allegedly already officially endorsed her 71-year-old daughter to fill the role. In doing so, she would become the first female head of the famous fighting force.

This position with the British military force became vacant in 2020 when Prince Harry stepped away from royal duties. Royal insiders claimed last year that Harry’s titles – which he was extremely proud of – would not be passed to his brother William, for fear of causing unnecessary grievances between them.

The role with the Royal Marines could not be handed to Prince Edward. In 1987, after just three weeks of commando training with the force, he quit.

The Princess Royal is already the head of ten different military regiments, including her roles as an air chief marshal in the RAF, a general in the Army, and an honorary Admiral in the Royal Navy. She is very familiar with the British armed forces, her husband is the retired Vice Admiral Sir Tim Lawrence.

Speaking with the Daily Star, a source from the Royal Marines said that with her history of working with the Royal Navy, they believed Princess Anne would be a perfect fit for the role. “Harry was only with us for a short time and we gave him his green beret, which concerned some people and then he had to stand back from public life”, they added, as reported by metro.co.uk.