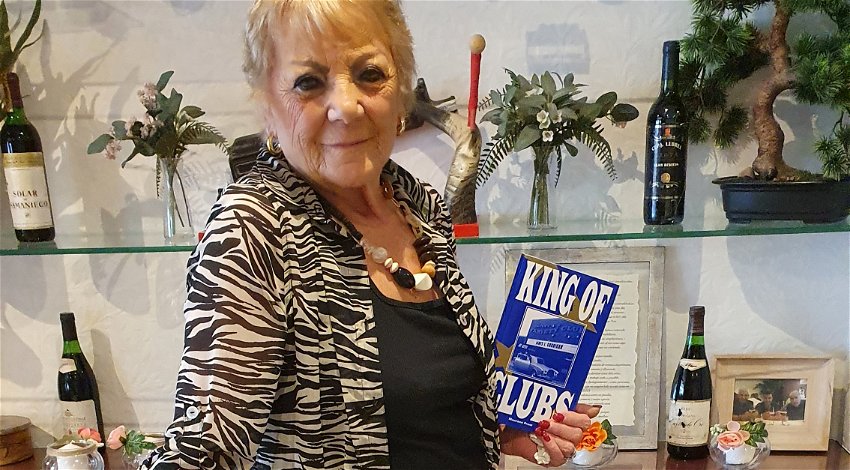 Following the success of King of Clubs, which tells the history of the spectacular Batley Variety Club and its owner James Corrigan, the book is now in talks for a new and exciting TV series.

The Euro Weekly News sat down with for an exclusive interview with Maureen Prest, PR manager for the Batley Variety Club from 1967 and for the many years of its hugely successful run in West Yorkshire.

She told the EWN that following the huge success of her book about her time at the club Maureen now hopes for The King of Clubs to be turned into a TV series.

Maureen explained that the British screenwriter of Holby City, Joe Ainsworth, is currently working on a script to bring the story to screens. Maureen said: “Joe had read the book and got in contact, so we are working on the script now and in talks to get it funded.”

The series, like the book, will focus on James Corrigan, owner of Batley Variety Club – a large nightclub built in the 1960s where local people had the chance to watch some of the biggest performers in the business.

Maureen told the EWN: “The nightclub was built in the most unlikely place – a large industrial estate – and attracted a large amount of press due to the undeniable charm of James and the stars the club attracted.

“It was a hugely popular venue that was open for 10 years and saw some of the biggest stars such as Tom Jones, Shirley Bassey, Gracie Fields and Tommy Cooper grace the stage.”

Maureen said of James: “He had the most amazingly persuasive way about him, he was a charming man who was very proud of Batley.”

After taking part in a number of documentaries about James and the club, Maureen decided to tell the story herself – as long as it was the real story. Maureen said of writing the book: “I enjoyed writing it, and I didn’t need to do much research because I was there! I am surprised it has taken off like it has, I’ve even had messages from British libraries telling me that it is one of the books that is taken out the most.”

When asked about her favourite memory of working at the club, Maureen said: “My favourite memory is of Louie Armstrong. For such a big international artist he was so lovely and made an effort to meet all of his fans.”

Looking ahead to the news series currently being written about her time at the club, Maureen told the EWN: “I think Michael Sheen would be perfect to play the part of James and Sheridan Smith would be good to play my part.”

“I can’t wait to see it on TV and Joe is a great guy – I am very honoured to have him on board.”

King of Clubs is available to buy on Amazon now, click here to get your copy.